Whether you like it or not, soccer is on the come up in this fine nation of ours.

With the rise of FIFA, the Women’s (and Men’s, when they decide to make it) World Cup, NBC Sports’ excellent coverage of the Premier League, and the general dankness of the Champions League, soccer is growing like clockwork in the United States year by year.

However, truly investing in the sport requires a genuine rooting interest, which can be difficult to conjure if you’re jumping into the fray with any prior connection to a club. Trust me, I would know, because despite the fact that I grew up playing the game, I never really had any interest in watching it until recently. Until I finally found a team — my team.

Arbitrarily choosing a team can be a relatively daunting task. Whether it be feeling like a fraud or, well, feeling nothing at all, it can be difficult to create a legitimately passionate connection out of thin air. But if you want to truly become a soccer fan, it’s simply a necessity.

All that said, how do you possibly choose? And where do you even begin? That’s where we come in.

All of your problems in choosing a Premier League club can be solved with one word: family.

I’ve long maintained that the whole point of sports is the father-son connection. You think I root for the New York Mets because it’s beneficial to my body, mind, and spirit? Fuck no! It’s because my father grew up in Flushing and brought me to games back when the ballpark was called Shea and my hat was so big it covered my eyes.

So, if you have any familial connection to any team or any city that a team resides in, run with it, no matter which team that may be. That’s what it’s truly all about. 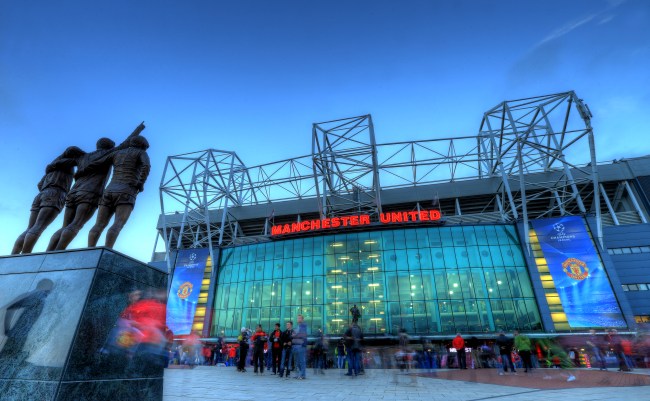 American team they compare to – New York Yankees: Similar to the New York Yankees, Manchester United is a global brand that is as recognizable across the world as the logos for Nike and Mcdonald’s.

What rooting for them is like: While Manchester United essentially pioneered what a modern football team should look like in the late 90s and early 2000s, they’ve since fallen back to the pack a bit, having not won the Premier League since Alex Ferguson’s retirement in 2013. 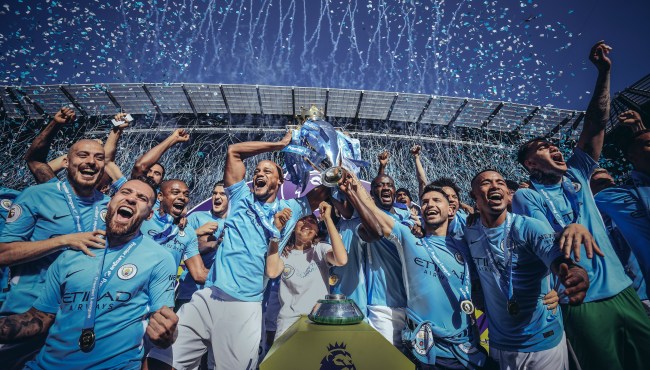 About Manchester City Football Club: Founded in 1880, Manchester City were long the New York Mets to Manchester United’s New York Yankees. But ever since they were purchased by the Abu Dhabi United Group in 2008, Manchester City has been the paradigm of success in the Premier League, having been crowned champions four times since 2012.

American team they compare to – Boston Red Sox: While the initial reaction would be to compare Liverpool to the Boston Red Sox, the fact is that Manchester City is far more similar.

A traditional club with a long history of losing, both the Sox and City broke their respective curses in recent years and haven’t looked back, as both clubs have arguably become the most well-run and consistently dominant in their respective sports.

What rooting for them is like: Manchester City currently competes at the highest level of club football and are consistently in contention for the sport’s biggest prizes. While they’re usually derided for being a “plastic fanbase” with “no history”, the fact is that other fanbases are merely threatened by the club’s recent (and potential future) dominance. 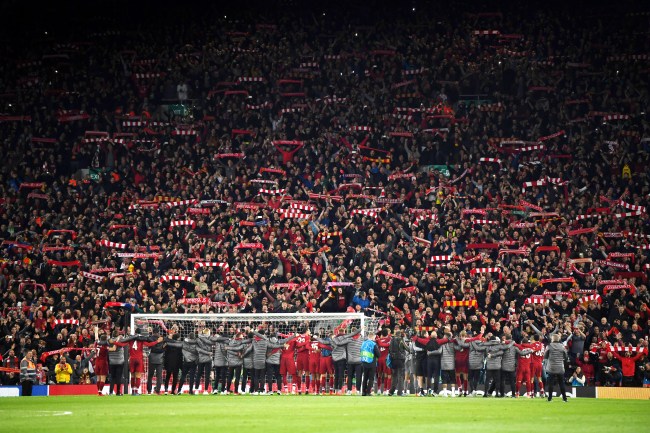 About Liverpool Football Club: While not the most successful club in English football (that distinction belongs to Manchester United), Liverpool may be the most important. Founded in 1892, Liverpool has won more European Cups than any other club in the nation — 6.

While Liverpool has famously failed to win the first division of English football since it was rebranded to the Premier League, their two wins and four appearances in the sports biggest game — the Champions League final — in the last decade or so has kept them in the conversation of the sport’s most elite clubs. Despite the global levels at which these franchises operate, they both still maintain the reputation of being “family” organizations.

What rooting for them is like: Unfortunately, if you’re reading this prior to the 2019-20 season, rooting for Liverpool will be seen as hopping on the bandwagon. The Champions of Europe last season, Liverpool are arguably the most historic club in English football while still maintaining the connection to the fans that other major clubs have lost in recent years.

That said, Liverpool is arguably in the midst of their best ever period, as they put up a record 97 points (although still came in second) in the Premier League and won the Champions League, the sport’s biggest prize. Along with Manchester City, Liverpool are currently one of the most elite clubs in the world, making rooting for them as enjoyable of an experience as you’ll find in the sport. 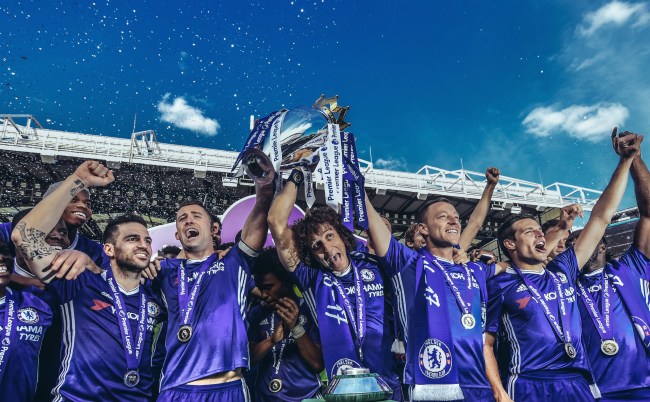 About Chelsea Football Club: Founded in 1905, Chelsea is one of the many clubs that reside in London. Chelsea is arguably the most successful English club of the last 15 years, having won the Premier League five times and the Champions League once during that span.

American team they compare to – New England Patriots: Coming out of nowhere in the early 2000s to become one of the most successful teams in their sport, both Chelsea and the New England Patriots are threats to win the title year in and year out, regardless of how weak they may appear from the outside.

What rooting for them is like: Despite their 21st-century success, rooting for Chelsea can be somewhat of a rollercoaster. Rotating managers more than any other team in the Top 6, Chelsea constantly fluctuates between title contention and struggling to qualify for the Champions League. However, with the addition of Christian Pulisic, Chelsea may be on its way to becoming the most popular club in America, meaning if there was ever a time to hop on the bandwagon, it’s now. 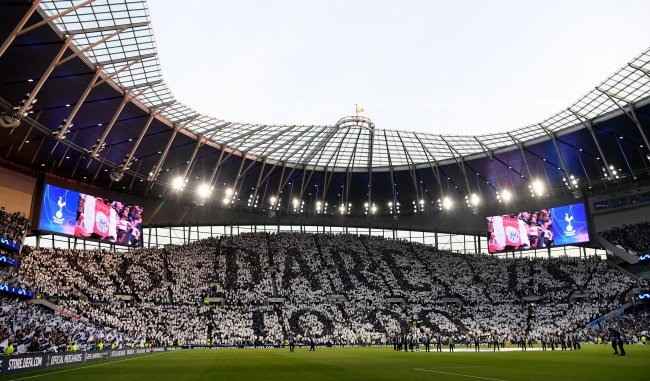 About Tottenham Hotspur (Spurs): Founded in 1882, Tottenham Hotspur are the North London rivals of Arsenal. Despite being an “almost” club for a majority of their existence, Spurs have enjoyed arguably the best period of their history in recent years, constantly competing for the Premier League and appearing in their first-ever Champions League final.

American team they compare to – New York Rangers: Tottenham Hotspur in North London isn’t too dissimilar from the New York Rangers. A historically venerable team located in the heart of the finest city around. Fans begin each season with hopes of hoisting a trophy (or trophies) at the end of the season and hanging a banner, but my the mid-season break they are plagued by injuries and morale is low. Just as they creep back into contention, reality comes along and dances an Irish jig on their nuts.

What rooting for them is like: Each season there’s that glimmer of hope that keeps them coming back for more. To be a Tottenham fan is to openly invite heartbreak each season but welcome it with open arms like a friend you haven’t seen in ages despite having seen them just last season when you blacked out together at the pub after a soul-crushing loss. Madison Square Garden, home of the NY Rangers, recently underwent some expensive renovations and likewise, Tottenham Hotspur moved into their new stadium at the end of last season after a long delay. Their stadium is now home to the longest bar in Europe which is where you can drown your sorrows after they slip out of the title race again next March. 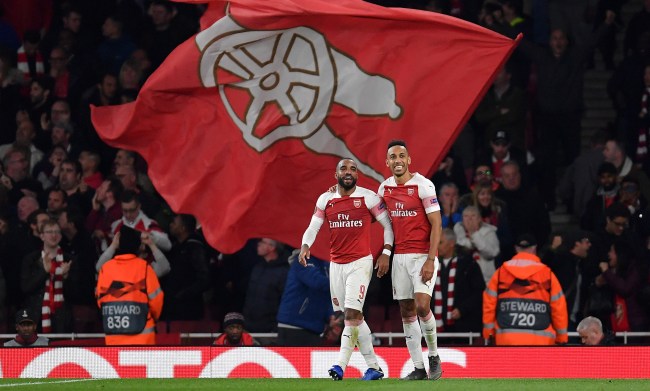 American team they compare to – Dallas Cowboys: A once-proud franchise that has become more of a commercial brand than it has a legitimate footballing organization.

What rooting for them is like: Of all the Top 6 teams, rooting for Arsenal may be the most difficult ask these days. Despite being one of England’s most iconic clubs, the Gunners have fallen back to the pack in recent years, having last won the Premier League in 2003. These days, being an Arsenal fan is essentially hoping for Champions League qualification (a top 4 finish) each year. That all said, they do boast one of the most exciting attacks in world football, which inherently makes them enjoyable to watch.

Wolverhampton Wanderers – One of the trendiest teams in the Premier League, Wolves took the country by storm during the 2018-19 season, finishing 7th in the league despite being newly promoted from the Championship. Backed by some serious money, Wolves seem poised to enter the Big Six conversation in the coming years.

Everton – The New York Mets of the Premier League, Everton are relatively big club stuck in the perpetual shadow of a much bigger, crosstown rival club (Liverpool). Similar to the Mets, what makes Everton such a painful team to root for is that they can inspire illogical hope, particularly before the season begins. Everton fans head into the season praying for a Top 6 finish, but ultimately end the season just wanting it to all be over.

Leicester City – Home of the greatest underdog story in the history of sports (they came out of nowhere to win the 2016 Premier League title, becoming the only team outside the Top Six to win the league in the modern area) , Leicester City are now one of the better run clubs in the Premier League and will consistently be in the conversation for a Top Six place.

Watford, West Ham United, Newcastle United, Aston Villa – While all four are historic clubs in English football, they’ve all toiled in mediocrity for the last 20 years and have occasionally flirted with relegation, with some even going down. If you want to be considered a true, unapologetic Premier League fan and really immerse yourself in everything the experience has to offer, then one of these clubs are for you.

Crystal Palace, Brighton & Hove Albion, Norwich City, Sheffield United, Southampton, Burnley, Bournemouth – Just don’t do it. Circling back to the familial connection portion of this article, if you have one, then fine, run with it. But otherwise, we’d suggest you avoid the relegation zone, as if/when they dip into the second division, rooting for them becomes an entirely different — and more difficult — experience.