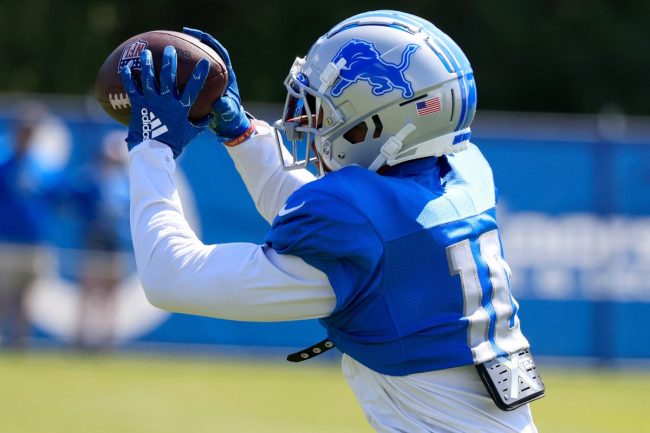 Fantasy football continues to grow among sports fans, with competitors upping the ante more and more with each passing season.

As the stakes grow higher, many fantasy footballers take things a bit too seriously, calling out players for bad games, miscues, and even injuries.

Lions wide receiver Amon-Ra St. Brown is the latest NFL player to post about a fantasy football owner that overstepped their boundaries.

Take a look at the message sent to Amon-Ra from this fantasy participant.

After picking St. Brown up in a fantasy draft, this new “owner” sent Amon-Ra a direct message on social media. It consisted of a quote from the movie “Remember the Titans.”

Here’s what it said.

“Congrats, you have been selected to my fantasy team. With that being said, I want to set some ground rules.

St. Brown responded to the post, simply saying, “Wow. I’m at a loss for words.”

The wideout should be a solid pickup after turning in a 90-catch, 900-yard season as a rookie. He’ll look to improve upon those numbers in Year 2, but I’m guessing this guy’s message won’t factor into St. Brown’s play one bit.