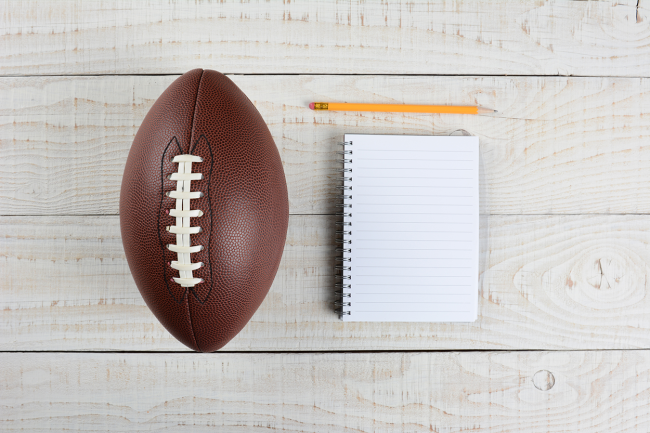 Fantasy football is one of the most contentious things in which a friend group can partake. In some instances, money is on the line. In others, bragging rights and a full year of holding the championship over the heads of others is worth more than money.

For some leagues, while winning is great, not finishing last is even better. There is often a punishment attached to a last-place finish and they are never particularly fun.

Recently, one loser was sent by his friends to Fargo, North Dakota and it ended up being a phenomenal time, while another last place finisher had to run a track meet in South Dakota. For those who aren’t so lucky, spending 24 hours in a Waffle House or eating an unfathomable amount of Skyline Chili can be a daunting task after finishing last.

Another common punishment for the last place finisher is having to take one of the standardized tests— either the SAT or the ACT. For Charles McDonald (better known as @FourVerts on Twitter), his league takes that punishment and adds a unique twist.

The last-place loser of McDonald’s fantasy football league must not only take the SAT, but must do so while cross-faded.

This year, it couldn’t have worked out any better. The loser did remarkably well on the test, but it didn’t start out that way— he was sitting in a room full of high schoolers with a serious buzz going.

one of the punishments for a fantasy football league im in is you have to get fucked up and take the SAT with a bunch of high schoolers, debt paid today and im screaming pic.twitter.com/Dm4fqtdeOU

He is required to get “f**ked up” on both THC and alcohol before the test. He was wicked cross-faded.

Cannabis fucked up or alchohol? This is important

By the time that the loser was done taking the test, he did not feel great about how he would score.

he’s done, a champion and a hero pic.twitter.com/ekiApmWTWZ

And then, somehow, some way, he absolutely dominated the SAT.

WE HAVE AN UPDATE! he’s a savant pic.twitter.com/6apUba2ENN

According to the College Board, the national average SAT score for 2020 was 1051 out of 1600. The loser of McDonald’s fantasy football league not only beat the national average, but did so while both drunk and high— as an adult without studying. Incredible.