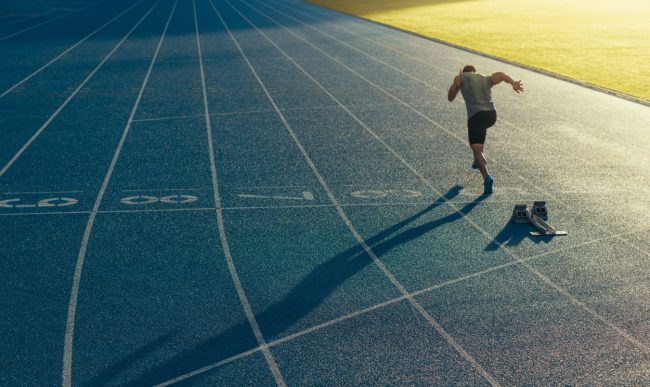 Finishing last in fantasy football is the worst. Not only does it give your friends the right to dog on you for and entire offseason, but in money leagues, you finish as the biggest loser and don’t get any cut of the pot.

In some cases, the last-place finisher also must participate in a previously agreed upon punishment. From spending 24 hours inside a Waffle House, to eating an absurd amount of Skyline Chili dogs, there are countless punishments that have made headlines throughout the years.

It’s time to add another one to the mix.

Way up in South Dakota, a group of friends have found the most creative punishment to date.

The loser of their fantasy football league had to run unattached (meaning that he is not affiliated to any school or university) in a college track meet. He is not a track runner, at all, so the result is hilarious.

The Ruth Donohoe First Dakota Fieldhouse is located on campus at Mount Marty University in Yankton, South Dakota. Mount Mary has a total enrollment of 978 and competes on the NAIA level.

When the fantasy football loser showed up to the Fieldhouse, their athletes surely had no idea what to expect.

In a TikTok video that shows him going through the competition, he can be seen stretching amongst the athletes, warming up on the track, and lining up against real collegiate athletes. When the gun goes off and the race begins, he gets absolutely smoked.

The fantasy football loser not only lost his league, but he also lost the race. Badly.

Despite the major L, the fact that he showed up and competed is legendary. And story of the time that he competed in a college track meet will forever be one that he can tell proudly. Such a great idea.