Fantasy Football Loser Sent To Fargo, ND As Punishment But Returns A Legend After Wild Series Of Events 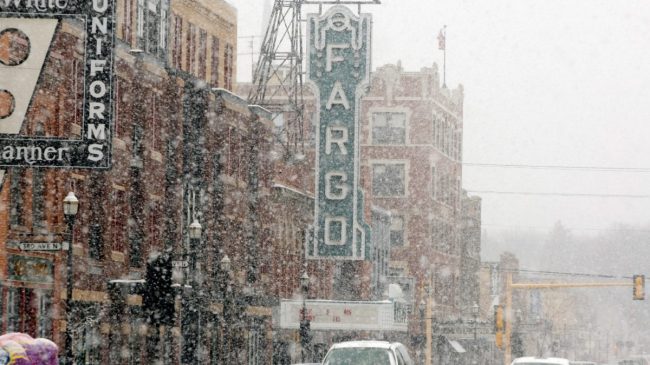 Collins Moe had no idea what to expect on his most recent trip to snowy North Dakota, but the Charleston, SC local returned home as the “King of Fargo.” This is an unbelievable story involving punishment, despair, redemption, and of course, fantasy football.

Like many sports fans in the US today, Moe is part of a fantasy football group consisting of close friends. And if you’ve ever joined one of these leagues, you may be familiar with the punishment that’s often dealt to the last place finisher.

These punishments differ in both form and severity.

There have been players forced to run track, get tattoos, or eat absurd amounts of chili dogs. Then, there’s the always popular 24-hour Waffle House challenge.

Well in this specific league, the loser must participate in what’s called a ‘fly rule.’

League members round up a cash prize that sends one (un)lucky member to some random destination of the winner’s choosing. That destination is often far from being a vacation stop, just ask BroBible’s own Cass Anderson.

And you guessed it. Collins Moe was this year’s big loser.

So, when Moe was sent to Fargo, North Dakota as punishment, he was… not prepared.

Not only does he get sent to an unfamiliar city where he knows no one, he’s not aptly dressed for the occasion. As a Charleston native, myself, I can relate. It rarely gets below freezing, let alone snows, and my closet reflects that.

I do not have the proper clothing for this

One native, Rich McFarlane, overheard Moe chatting with someone on the plane ride about the fantasy punishment. He immediately burst out in laughter before later inviting Moe to join him at a North Dakota State basketball game over the weekend.

@DomIzzoWDAY @McFeely_Inforum @KolpackInForum the entire flight is laughing at/with him, and giving him tips on where to go, and how to survive. He’s dressed inadequately, and has no idea what to expect. Reach out to him for a story or pod. His Twitter is @larrybirdy1994 2/2

While at the game, a local reporter got wind of the trip. Mike McFeely posted the story to social media and Moe’s voyage took flight around town.

This is Collins Moe (@larrybirdy1994) from Charleston, S.C. He finished last in his fantasy football league so for “punishment” his friends sent him to Fargo. Fargoans found out, so he’s having a blast instead. Column coming tomorrow. pic.twitter.com/cqrqe607MO

@thecityoffargo get Mayor Mahoney on this! “Collins Moe Day” in the city of Fargo. @larrybirdy1994 is scheduled to leave Sunday!

Soon, Moe was invited to the Fargo Force hockey game by the team, itself. Not only was he attending. He was dropping the ceremonial puck at center ice.

Below average at fantasy football above average at dropping the puck🔥 pic.twitter.com/0ann255xPj

The trek, which was supposed to be a punishment, wound up being the trip of a lifetime. He may try to lose every year if the results end up like this.