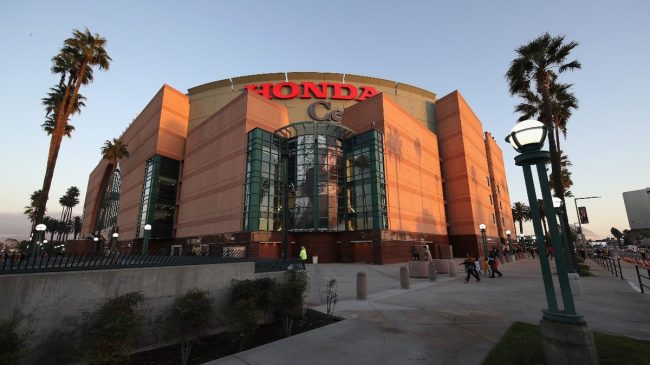 The city of Los Angeles won the bid to host the 2028 Summer Olympics. For that reason, we should be seeing some new renovations over the next several years. As it turns out, it sounds like the Anaheim Ducks are going to be a major beneficiary, as the Honda Center is going to have a massive new complex built around the arena.

Ducks To Have A $4 Billion Entertainment District Near Honda Center

According to Front Office Sports, the “Anaheim City Council has approved the new $4 billion ‘ocV!BE’ entertainment district to surround Honda Center. ” The complex will stretch as far as 100 acres and feature a 50,000 square foot food hall, a 5,700 square foot concert hall, along with restaurants, offices, and public parks.

The project is set to be done in time for the 2028 Olympics 🌆 pic.twitter.com/HOqTiqVKyl

This is massive news for the upcoming 2028 Summer Olympics and the Ducks in general. The NHL team is going to welcome a brand new complex that will surely attract consumers to the area. We’re still several years from the project being finished, but this has the potential of becoming a new hotspot in Anaheim.

The last time the USA hosted the Summer Olympics was back in 1996 in Atlanta, Georgia. 2002 was the most recent hosting for America, as Salt Lake City, Utah hosted the Winter Olympics that year. It’s exciting to have the historical sporting event back in the USA, as it’s been a while since the country hosted the event.

At the end of the day, the Ducks might be the happiest organization in the NHL right now. They’re going to have one of the coolest hangout spots in LA, which bodes well for their financial success long term.