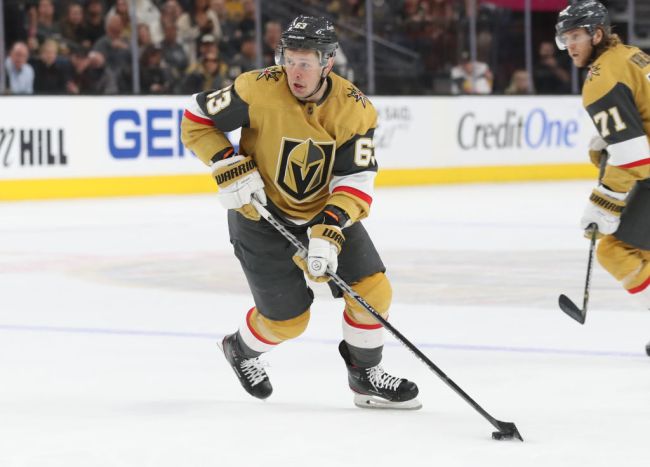 The Stanley Cup just began last night, but the Vegas Golden Knights are already beginning to build for next year. Today, they announced that they would be trading Evgenii Dadonov to the Montreal Canadiens in return for Shea Weber.

If you saw the Knights trading Dadonov and thought you were experiencing deja vu, you aren’t. This is just the second time the Knights have attempted to trade Dadonov in the past 3 months.

Back in March, the Knights attempted to trade Dadonov at the NHL Trade Deadline to free up cap space for when some of their stars were ready to return from the Long-Term IR. They agreed to a trade with the Anaheim Ducks that would send Dadonov and a second round pick in exchange for John Moore and Ryan Kesler.

Unfortunately, Dadonov had a no-trade clause in his contract and the Ducks were one of the teams on his list that he couldn’t be traded to. After the deadline, the NHL reversed the trade and Dadonov stayed with the Knights for the rest of the season. He played great after the failed trade, but it wasn’t enough.

Today, the Ducks Twitter account decided to have some fun with the situation after the Golden Knights announced the trade.

The Golden Knights will be hoping the trade sticks this time as they desperately need some cap space for next season and wouldn’t have many teams left to trade Dadonov to.