Andre Iguodala Thirsts Over The Mom Of European Prodigy Luka Doncic On Twitter, Along With The Rest Of The Internet 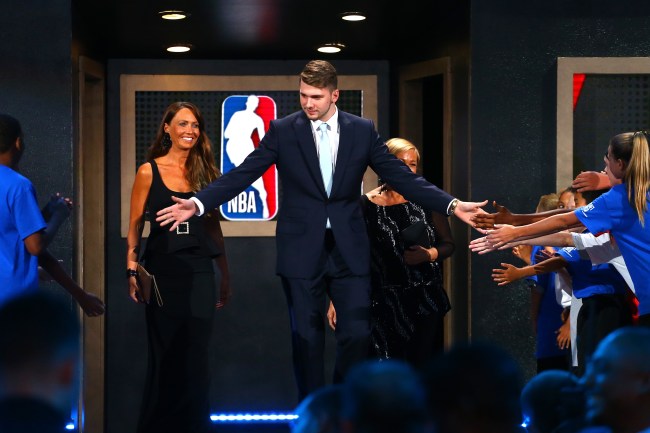 Slovenian prodigy Luka Doncic is one of the most intriguing international prospects of his generation. In last night’s NBA Draft, the 19-year-old EuroLeague MVP was selected third by the Atlanta Hawks, who traded its rights to the Dallas Mavericks.

Luka not only has to deal with the pressure of assimilating in a new country and succeeding in the greatest basketball league on the planet, but he also has the added pressure of his beautiful mother being thrust into the spotlight in the age of social media.

When Luka’s name was called during last night’s Draft, many logically concluded that the woman who stood up with him was his girlfriend, as she looked similar in age. I think I speak for all of us when I say I was pretty damn shocked to learn it was his mother.

The Mavs picked up Luka Doncic and his mom….The draft is over, they won already pic.twitter.com/1a6tws7WxO

Doncic’s mother, Mirjam Poterbin, was a dancer and model who now owns a beauty shop.

Warriors small forward Andre Iguodala, who is married, appears to still be drunk from the championship parade. When Mirjam appeared on the screen, Iguodala didn’t hesitate to tweet this:

In his defense, he was just giving a voice to the people:

Luka Doncic's mom wins the draft and it hasn't even started yet pic.twitter.com/qpOPPhYrXf

After seeing Luka Doncic’s mom, I take back everything negative I’ve ever said about him. Best prospect since Lebron

Best of luck to Luka and his mother for a long, healthy career in the NBA.