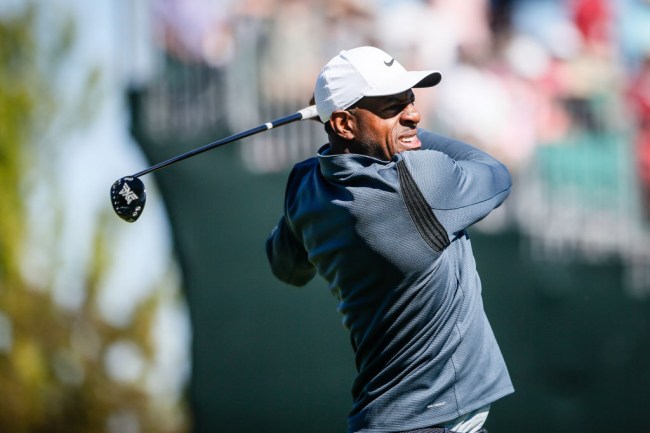 Andre Iguodala wants you to know that money is overrated. The sports cars, the mansions, the luxury vacations are all overrated, according to Iguodala. The talented NBA sixth man tweeted that he just wanted a one-bedroom apartment and a Prius, but Twitter wasn’t buying it.

On Monday, Iguodala tweeted out: “Life would be simpler in a one bedroom apt with a Prius and some golf clubs…. money overrated.”

Life would be simpler in a one bedroom apt with a Prius and some golf clubs…. money overrated

In 2017, Iguodala purchased a gorgeous Tuscan-inspired 5,715-square-foot mansion for $3.6 million that has five-bedrooms, four-baths, a gym, a “resort-style” pool and spa, gardens, and pizza oven, according to Realtor. The opulent home is located in Lafayette, California, a well-to-do suburb of San Francisco where median property values are $1.21 million, and the median household income is $152,609, way more than double the national average.

Iguodala, who is being eyed up by NBA contenders as the trade deadline approaches, reportedly owns a Corvette, a Mercedes, and a Ferrari. Not quite a Prius.

Iguodala is heavily vested in venture capitalism, and he advocates for other professional athletes to invest in promising enterprises. Andre helped launch the Players Technology Summit, an annual event where athletes are presented opportunities to invest in tech companies from San Francisco’s Silicon Valley and other startups.

Iguodala, who graced the cover of Bloomberg Businessweek in 2017 for his VC speculation, has invested in Casper mattresses, The Players Tribune, Allbirds, Zoom Video Communications, Jumia, and Mayvenn.

Reactions from Twitter users, many of which are struggling to merely scrape by, were more than welcome to taking Iguodala’s “problem” of having too much money off his hands. Meanwhile, other NBA fans were rooting for Iguodala to take a buyout and come play for the Los Angeles Lakers. Here are some of the Twitter reactions to the tweet by the NBA swingman.

can you pay off my student loans, my guy?

It's only overrated once you have sufficiency. More above that doesn't really add to happiness. But there's nothing nice about poverty.

An apt with a Prius in the bay? You need a lot of money for that bro

bet. take that buyout and come to the Lakers

Only really rich people say this

This dedication goes out to Andre Iguodala.