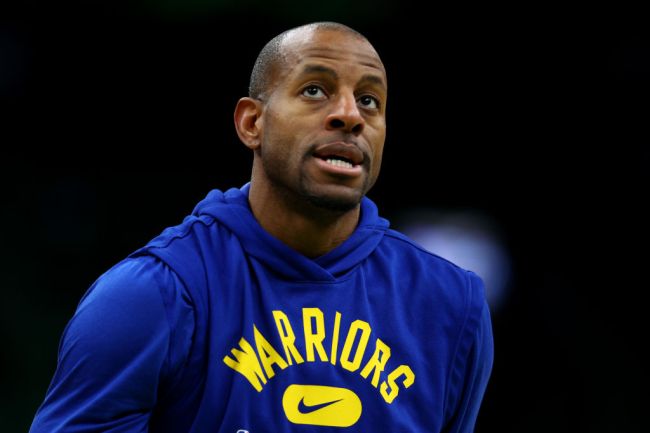 Throughout the ages, basketball fans have engaged in debate over how the greats of the game would have performed in different eras. Unfortunately, those debates have recently led to some outlandish claims, specifically ones involving Giannis Antetokounmpo.

Previously, Tracy McGrady claimed that Giannis would have struggled in his era. Now Andre Iguodala has joined in with a ridiculous Giannis claim of his own.

Andre Iguodala appeared on the Dan LeBatard Show yesterday and revealed that he believes Rasheed Wallace would be better than Giannis if he played in the current era of the NBA.

Rasheed Wallace was a very good player during his NBA career, but this is just an unbelievable claim. Over the course of his career, he averaged 14.4 points per game, 6.7 rebounds per game, and shot 33.6% from the 3-point line. His best season saw him average 20 points per game.

None of those numbers give us any reason to believe he’d have been a superstar in 2022. Even Wallace’s shooting ability that Iguodala highlighted isn’t all that impressive by the league’s current standards. His career 3-point percentage wouldn’t have put him in the top 100 in the league last season.