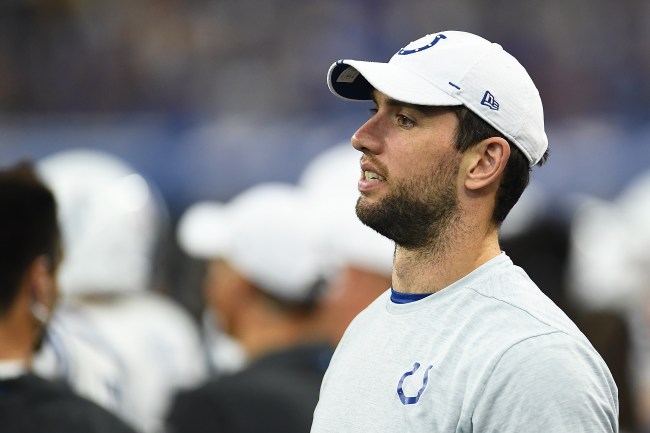 Earlier tonight it was revealed that Luck decided to retire from football because he was “mentally worn down” from football.

Filed to ESPN: Andrew Luck has informed the Colts he is retiring from the NFL, per source. There will be a press conference Sunday to make it official, but Luck is mentally worn down, and now checking out.

Luck was in attendance at tonight’s Bears-Colts preseason game as the news went viral on social media.

Andrew Luck smiling on the sideline with teammates around him, like the entire social media world isn't freaking out about his retirement. pic.twitter.com/ayl9z12Jxt

After the game, Luck was loudly booed by Colts fans as he left the game in street clothes.

#Colts QB Andrew Luck is booed as he leaves the field. pic.twitter.com/5Wr38cM7Js

Colts fans booed Luck as he came off the field tonight?!

Andrew Luck getting booed off the field in Indianapolis is one of the most unbelievable scenes I’ve ever seen in sports. @NC5