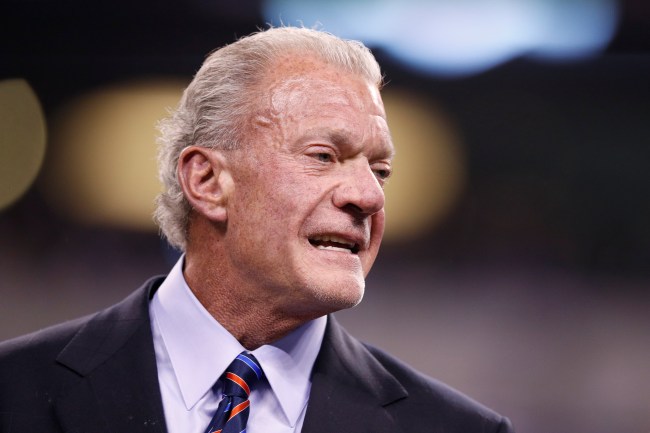 During his retirement press conference two weeks back, Andrew Luck spoke about Colts team owner Jim Irsay like the dude donated him a healthy spleen.

“I cannot fathom another owner who loves their team as much as you do. We feel that as players, it permeates through the building, and from the moment — and we talked about this earlier — from the moment I arrived in Indianapolis I felt like I could be myself and I did not have to fill Peyton [Manning] — one of the greats of all time — I felt like I did not have to fill his shoes. And I know that starts with the person up top, and for that I am very, very, very much appreciative.”

Luck and the team have been exceptionally, almost suspiciously, cordial with each other following Luck’s abrupt retirement two weeks before the 2019 regular season started. From a team standpoint, Luck left the organization with its dick in its hand. Still, the Colts allowed the 29-year-old to keep $25 million in bonuses, maybe as a thank you or maybe to keep the door open for a potential comeback.

According to The Boston Globe’s Ben Volin, Irsay had more skin in the game than meets the eye. Citing an NFL source, Volin claims Luck would have retired earlier if it weren’t for Jim Irsay convincing him to kick the can down retirement road.

“… A league source said Luck wanted to retire earlier in the offseason, and Irsay basically didn’t let him, imploring Luck to take as much time as possible with his rehab and his mind-set,” Volin wrote in his Sunday NFL Notes column.

“Luck reported for training camp, but not really — he mostly rehabbed and worked on his own with personal quarterback coach Tom House, while Jacoby Brissett took all of the reps with the starting offense and acted as the team leader. Luck held out on the decision as long as he could, but his mind was obviously made up. The fans didn’t see Luck’s retirement coming, but the Colts’ upper brass sure did.”

It’s unclear whether Irsay wanted to stall to see if the retirement talk was just a phase or he’s a masochist who takes joy in watching the life drain from his fanbases eyes, but I choose not to speculate.