Stop Expecting An Andrew Luck Return, T.Y. Hilton Says Luck Is Having ‘The Time Of His Life’ In Retirement 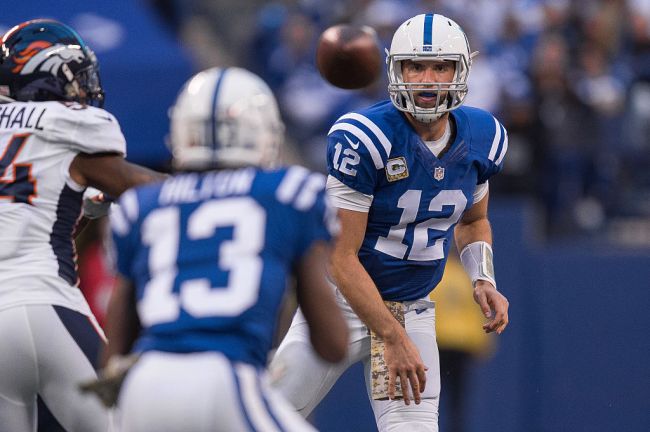 Ever since Andrew Luck retired at 29 years old back in August of 2019, every so often new rumors pop up that he perhaps may be looking to make a comeback. Even as recent as this past February, there were rumors going around that Luck may unretire after a fan claimed he got texts from Luck’s wife about it, but based on T.Y. Hilton’s recent comments, all the rumors are bogus.

During a press conference on Thursday, Hilton said that he had leaned on Luck quite a bit during free agency before ultimately re-signing with the Colts and shared that the former Colts QB is “having the time of his life in retirement” on what has become somewhat of a permanent vacation.

“Probably need to stop talking to him so much. He might make me retire. He’s making me kind of jealous,” Hilton said, according to Stephen Holder of The Athletic.

Hilton, who will turn 32-years-old in November, also shared his own thoughts about when he may retire stating that his decision will hinge on whether he wants to go play with his kids.

I don’t blame Colts fans out there still hoping and wishing Luck would unretire and come back to Indianapolis, but based on Hilton’s comments and the many comments Colts owner Jim Irsay has said about the matter, it’s clear Luck is officially retired and really enjoying it.