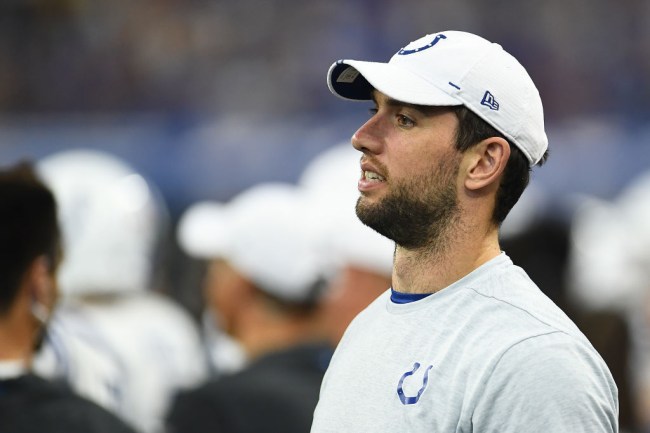 Over the weekend, Andrew Luck came out of the clouds and shocked basically everyone when the 29-year-old announced he was retiring from the NFL following a seemingly endless struggle with injuries that consistently left him sidelined over the course of his career.

On Monday morning, Luck’s former teammate Pat McAfee shed some light on the situation when he discussed just how much agonizing pain the quarterback consistently had to deal with during his time with the Colts, who didn’t exactly do their franchise player many favors when it came to keeping him healthy.

It’s hard to imagine a situation where Luck would ever return to the sport but that hasn’t stopped people from already speculating it could be in the realm of possibility, as Pro Football Talk‘s Mike Florio penned a column on Sunday in which he suggested there’s a chance the former No. 1 pick could eventually find a new home in the XFL.

Here’s what he had to say about the longshot scenario:

If Oliver Luck [Andrew’s father] could persuade his boss, Vince McMahon, to dangle the money that Andrew would have made in Indianapolis plus maybe more over the next few years for a 10-game season against a lower level of competition, would he bite?

At first glance, there seems to be more than a few flaws in Florio’s argument, as it seems very doubtful any amount of money could lure in a battered player who earned $100 million over the course of his career.

While the reduced schedule could be appealing, you could make the argument that the reduced level of competition could serve as a hindrance. Sure, opposing players could theoretically serve as less of a threat but that wouldn’t mean much if Luck failed to assemble an extremely competent offensive line to protect him in the pocket.

However, as Florio notes, the biggest barrier is the fact that the Colts would have to give Luck permission to play in the XFL, as NFL rules dictate they still retain the rights to the quarterback and could block him from joining another league if they so choose.

As a result, it would appear there’s a snowball’s chance in hell this fantasy ever becomes a reality but stranger things have certainly happened.