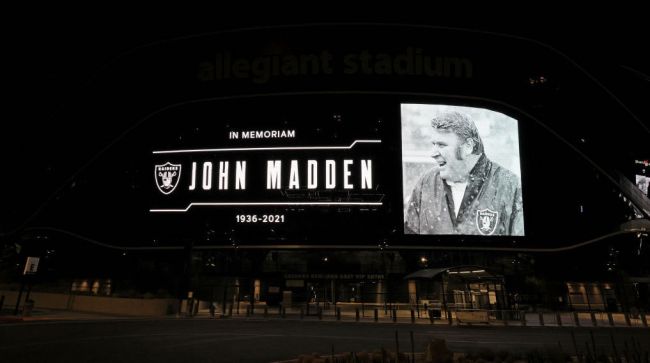 Look, I’m not going to act as I’ve never tweeted something dumb. In fact, a few years ago, before I landed this gig, I deleted my old Twitter account and started fresh just to be extra, extra careful. Because honestly, who knows what my dumbass has said throughout the years. You want to know the difference between me and the absolute joker we’re about to discuss, though? I deleted my Twitter account because I started it as a TEENAGER IN HIGH SCHOOL. Of course, teenagers are going to say things they’ll come to regret down the road. What truly blows my mind is when full-grown adults and alleged doctors spew absolute nonsense for the entire internet to see.

Andrew McGregor, an alledged doctor who is apparently a professor of history at Dallas College, waited no more than a few hours after the passing of John Madden to unleash his bile on the unsuspecting internet, as he took to Twitter to state that the Madden video games “further glamorized violence and dehumanized Black athletes” and helped “to establish plantation cosplay that has grown worse in the era of fantasy football.” The NFL is far from perfect, but comparing a profession that pays athletes millions to a slavery plantation is a cosmically absurd hot take.

I have lots of opinions on John Madden. The creation of the Madden video game was not a great development for the U.S. It further glamorized violence and dehumanized Black athletes, helping to establish plantation cosplay that has grown worse in the era of fantasy football.

Unsuprinslgy, McGregor’s tweet has racked up an unholy ratio, as it currently has (at the time of this writing) over 7,000 quote tweets compared to just ~250 likes. Even more unsurprisingly is how swiftly McGregor was absolutely roasted in his replies.

(someone picks up a new TE for their fantasy team) Ah yes, this is similar to when human beings were forcibly held in bondage and made to harvest sugarcane in the sweltering heat.

Any essays on this evil? pic.twitter.com/ow5iBkcj9d

Based on another tweet that McGregor has sent in the last 24 hours, it would appear asinine hot-takery is a hobby of his:

Let this be yet another reminder to you all out there: when in doubt, don’t press send.