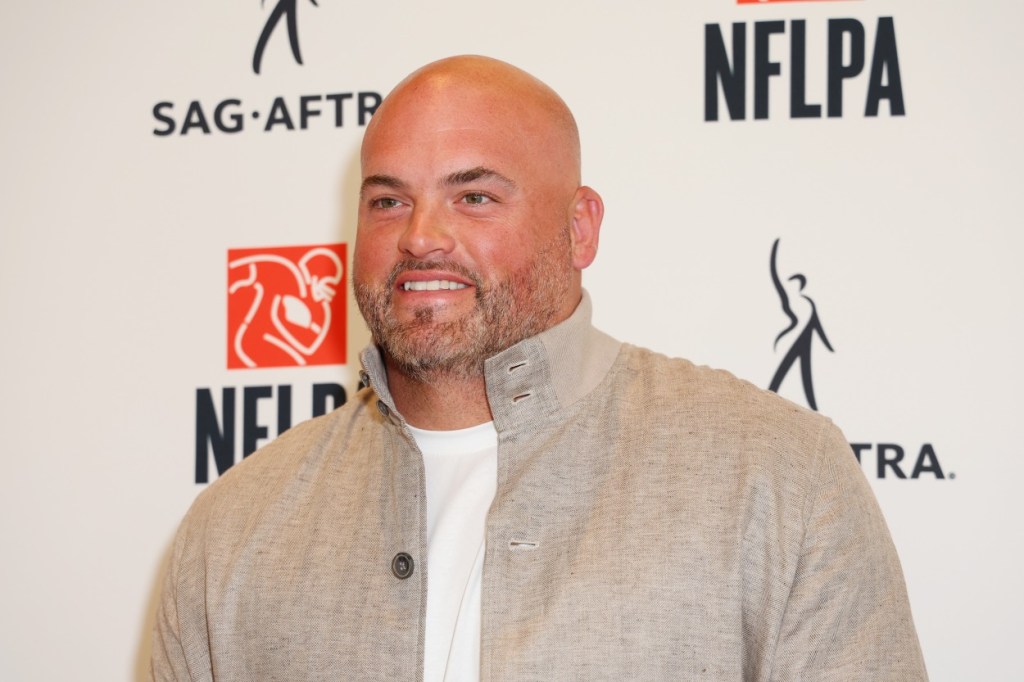 Andrew Whitworth announced his retirement from the NFL after 16 seasons. It came just a few short weeks after winning a Super Bowl with the Los Angeles Rams, a team he was under contract with through the 2023 season until he retired.

Prior to retiring, Andrew Whitworth set NFL records as the oldest offensive lineman to (1) play in and (2) win a Super Bowl, and the oldest tackle to play in a game. After retiring, Whitworth joined Amazon Prime’s Thursday Night Football and made his debut on August 25th. And it only took a few hours before the first controversy.

Doing a sideline interview during the San Francisco 49ers-Houston Texans game, Andrew Whitworth was asked if his ‘phone has been ringing’ after ‘last week’s game against the Texans’. Whitworth then gave an answer where he voluntarily brought up the Cowboys.

What did Andrew Whitworth say about the Dallas Cowboys?

Here’s what Andrew Whitworth had to say:

“It has. I mean, obviously, there’s been some things with the Cowboys and losing Tyron Smith. It’s just an awful deal. Such a great player, and a guy I’ve always loved watching play. It’s been a busy day of answering calls. The problem is they’re calling and texting the wrong person. They need to be texting and calling Melissa Whitworth and the kids, because they have final approval on whether I’m ever going to play football again.”

Andrew Whitworth just said on TNF that the Dallas Cowboys called him.

Some folks in the industry construed that as Whitworth saying the Dallas Cowboys were calling him which would be tampering because he’s still under contract with the Los Angeles Rams even though he’s retired. PFT‘s Mike Florio quickly jumped on the story.

He’s trying to shut down this story quickly.

Andrew Whitworth saw what Florio and others were writing/saying and moved to quickly shut down any and all accusations of tampering. He wants the world to know that his phone has been ringing a ton but nothing weird is going on…

Not what I said. I said I answered calls and text from people all day since the injury. Begging me to go to the cowboys! Thx https://t.co/aoyA5DEvuE

In repeated attempts to make assumptions without asking people directly! @ProFootballTalk has got another story wrong and failed to take any responsibility! Have a great Friday folks! 💪🏼! https://t.co/DXyPSNOkJH

I answered many messages yesterday from national and a few dallas sports reporters and journalist.
☝🏼 The “people” I mentioned last night. Asking me if cowboys had reached out? Or if I was interested?
Answer was “No” 2 both! Appreciate them for doing it the right way!
✌🏼!

It definitely wasn’t clear, to be honest. I’ll take Whitworth’s word here because there’s no reason not to, but if he didn’t clarify I would interpret his initial comments as meaning ‘the Cowboys called me but they need to be calling my wife, the decision maker.’ That’s how it sounded until he clarified:

Not the cowboys! Friends and fans if that wasn’t clear. 🤣 https://t.co/OpgQFuRUw4

This all feels like a story that will blow over within a few hours. Responding on Twitter multiple times has just fueled the fire. He could’ve instead just taken a Kevin Durant-style approach with a tweet like ‘slow news day, get a life’ and we wouldn’t even be discussing this now.