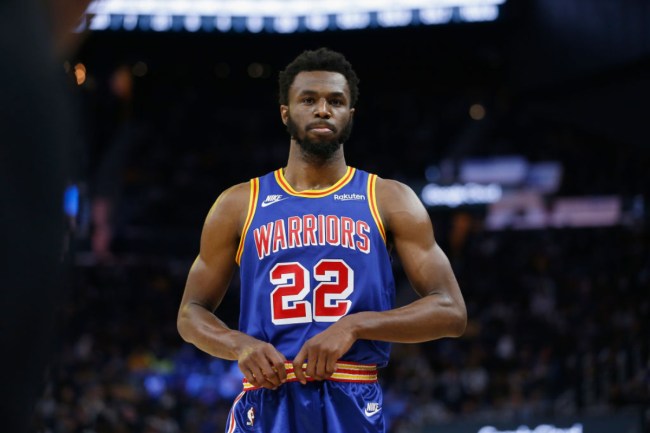 Andrew Wiggins is arguably one of the most overlooked players in the NBA, which is an easy role to fall into when you play on a team with Steph Curry and Klay Thompson. Nevertheless, Wiggins is a very good player that plays hard on both ends of the floor and knows how to put the ball in the basket.

Wiggins is 38th in the league in scoring averaging 18.1 points per game and 39th in field goal percentage shooting just over 48%. Those are great numbers, but not elite numbers.

Does he deserve to be an NBA All-Star? You could maybe make that argument. Should he even be in the running for being named a starter in the All-Star Game? No, absolutely not, he was given that honor on Thursday.

How? Because the Warriors named K-pop star BamBam a global ambassador and the pop sensation went to bat for Wiggins on social media. That’s a pretty big deal given the fact BamBam has 25 million active followers on Twitter and Instagram combined.

When it comes to NBA All-Star Game voting, social media plays a massive role, and it’s clear BamBam’s followers listened when he asked them to go and vote for Wiggins.

It’s the best time to begin 2022! He is one of the best two-way players!
Wiggs deserves to be an All-Star, vote Andrew Wiggins into the 2022 NBA All-Star Game..and I can’t wait to meet you all very soon#AndrewWiggins #NBAAllStar pic.twitter.com/bpOXKAJ920

The formula the NBA All-Star Game uses to name starters is a pretty simple one. The league takes 50 percent fan voting, mixes that with 25 percent media voting, and gets the other 25 percent from player voting.

Seeing as how BamBam’s original tweet promoting Wiggins got close to 37,000 retweets, each essentially counting as a vote, Wiggins jumped up the voting list and was able to hang onto one of the starting spots.

Steph Curry was also named a starter for the All-Star Game and BamBam promoted him on social media as well.

Let this be an example that if anything in the world needs to get accomplished, anything at all, K-pop stars and their fans need to be involved.