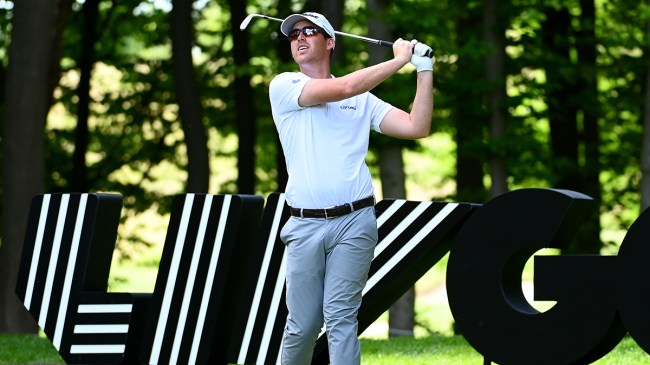 If you remove conversations concerning the controversy LIV Golf has managed to stir up since attempting to take on the PGA Tour this year, the majority of the focus has understandably been on the many big names the upstart competitor has managed to poach in an attempt to cement itself as a force to be reckoned with.

Phil Mickelson served as LIV’s marquee acquisition when the saga kicked off earlier this year, and since then, he’s been joined by a number of fairly high-profile golfers that have made the organization increasingly harder to both write off and ignore, including Bryson DeChambeau, Patrick Reed, and Cameron Smith.

With that said, LIV has also relied on some comparatively unheralded names to pad its roster for the tournaments that all feature a field of 48 players. It’s only benefited from its ability to continue to lure players away from the PGA, but those additions have come at the expense of the guys who received an invite early on only to find themselves quietly shown the door after their usefulness runs out.

That list of former LIV competitors includes Andy Ogletree, who’s probably best known for winning the 2019 U.S. Amateur Championship. While he attempted to earn a spot on the PGA Tour after turning pro in 2020, he quickly discovered securing his card was easier said than done (thanks in no small part to the multiple injuries that derailed his progress), and he didn’t have to think too hard when LIV came calling earlier this year.

Ogletree made his debut at LIV’s first-ever tournament at the Centurion Club in England back in June, which also marked the last time he participated in one (he came in dead last by shooting 24-over-par). That development also put him in a fairly awkward situation: while he was never officially a member of the PGA Tour, his participation meant he’s banned from any event associated with it until his suspension is lifted in at the end of the year.

We got some insight into what Ogletree is currently dealing with when he sat down with Ryan French and Alan Shipnuck for an episode of the Fire Drill podcast where he chatted about the long, strange trip he’s taken to get to where he currently is today and broke down the weird limbo he’s been in over the past couple of months.

If you don’t have an hour to devote to the entire interview, there are a few major takeaways.

Ogletree’s achievements as an amateur meant he had a number of opportunities to play in PGA Tour events, but a perfect storm of injuries (along with the onset of COVID) threw a severe wrench in his plans to become a card-carrying member of the Tour.

He was unable to land any major sponsorships after turning pro, and his lack of success at tournaments meant he was routinely spending thousands of dollars a week to fund his own career without getting any real return.

As a result, he said he didn’t have to think twice about linking up with LIV after he earned an invite thanks to his play with the International Series:

“I needed somewhere to play golf. That’s the bottom line. I know everyone said it’s not about the money. The money is definitely great.

However, it also came with plenty of downsides

While the Mississippi native was once fairly active online, he said he had to permanently log off by deleting his social media accounts thanks to the vitriol he was treated to whenever he scrolled through them:

“Every day that I opened my phone on Twitter, it was just crazy amounts of tags and comments. Just hateful, hateful things.

I just got tired of seeing it. “

That’s the least of his worries compared to the biggest headache he’s currently facing.

Ogletree will be eligible to hop back on the Korn Ferry Tour and resume his quest to secure his card once he serves the suspension he was handed for playing in a LIV event (he’ll be permitted to start playing in PGA-sanctioned events once 2023 kicks off).

However, he’s understandably frustrated that he’s ended up in his current position due to the fact that he was never officially on the PGA Tour in the first place:

“No one really thought I could be suspended based off of this status I had; I basically paid to have the ability to be suspended…I hope we can have a conversation with the [PGA] Tour at some point and just talk about my situation.

I didn’t appeal. I didn’t see a reason to appeal. I think we just need to sit down and have a conversation. I don’t understand why I’m suspended from a tour I never played on and that I paid to get status on.”

I guess we’ll have to wait and see if reason will prevail.