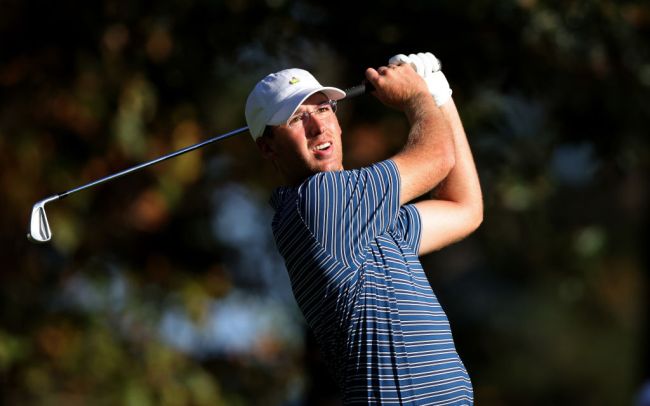 Just five days after being the low amateur in the 2020 Masters placing T-34, Andy Ogletree announced on Thursday that he will be turning professional. It’s unknown when and where we’ll see the 2019 U.S. Amateur champion make his professional debut, but he did not that he’ll be seeking sponsor’s exemptions into events both on the PGA Tour and Korn Ferry Tour in 2021.

Turning professional in golf doesn’t require a whole lot. In fact, it’s a lot like Michael Scott declaring bankruptcy in ‘The Office’. There isn’t any formal paperwork or anything like that, you just declare yourself a professional and that’s it.

Ogletree did get a bit sentimental with his announcement on Thursday, however, sharing a picture of a handwritten letter on social media. It’s safe to say he’s had his eye on turning professional for quite some time as the letter was written in 2008 when he was just a nine-year-old elementary school student.

I’ve been looking forward to this moment my whole life. Happy to say that I am officially a professional golfer ✅ pic.twitter.com/cKfRvD4yOH

“My amateur golf career was an absolute blast and last week at the Masters is the perfect way for it to end,” Ogletree said on Thursday, according to Golf Digest. “I’ve had so much fun, met so many great people and have so many incredible memories, but it’s time for me to test my game at the next level, against the best of the best.”

Ogletree was a member of the 2019 U.S. Walker Cup winning team and was an All-American during his last two seasons at Georgia Tech. He played alongside Tiger Woods during the first two rounds of the Masters and actually beat him by a shot when it was all said and done on Sunday.