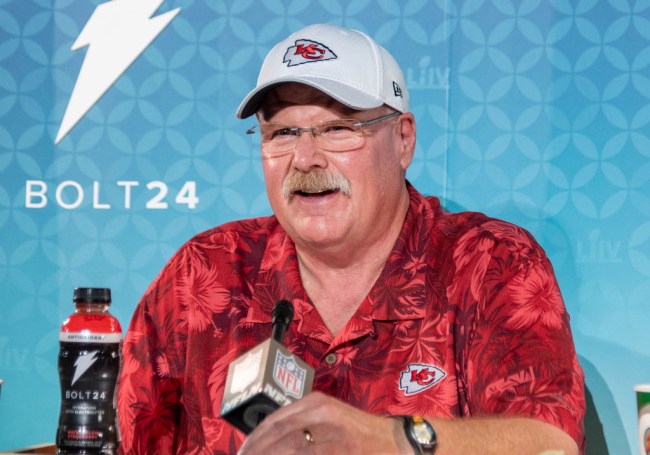 For years I’ve always wondered why the Internet has not ever truly capitalized on the greatness of Andy Reid. To me, the guy is a walking meme. Any head coach willing to slam down short rib patty sandwiches with Guy Fieri on Diners Drive-ins and Dives is someone who deserves a tip of the ole cap.

The weight of not having a Super Bowl ring under his belt has finally been lifted and its time to free the content machine.

The fact that I would consider buying a one-way flight to Kansas City just to watch this man ride on top of a double-decker bus with the Lombardi goes to show the true beauty of this man. He is humble, charismatic, one of the smartest offensive minds in the game, and an absolute ball buster without even trying to be.

If you just so happen to run a meme page I highly recommend you keep a close eye on Reid during this entire week as they party it up in Kansas City. Nothing gets my adrenaline running quite like the thought of watching the big fella strut his stuff as he walks onto the stage of Jimmy Kimmel or Jimmy Fallon for a late-night interview this week.

With a what looks to be a massive contract coming Patrick Mahomes’ way, and an arsenal of deep ball wide receivers, Reid and the Chiefs are not going away for a long time.

My first prediction at BroBible was in my article “The Rise and Fall of Lavar Ball” where I claimed that due to the success and future of his son Lamelo, Lavar is going to come back to our TV sets with a vengeance in the near future and wreak havoc in the media world. I feel very confident backing that up with prediction No. 2…Andy Reid will be the best thing to happen to the Internet this week.

Be sure to check out my podcast, The Brilliantly Dumb Show, a comedic view on sports and life’s everyday experiences. Hop aboard the content train, folk.