The Rise And Fall Of Lavar Ball 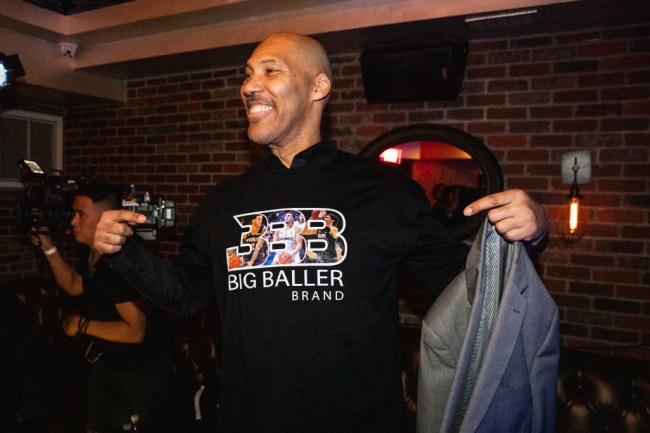 Today is February 4th, my first article for BroBible was handed on a platter for me to do a recap of the Super Bowl.

Instead, there is one and only one thought that has overshadowed the write up I had for how much of a freak Patrick Mahomes is— what the hell happed to Lavar Ball?

Two years after Lonzo Ball declared for the NBA draft, my morning started off the same way seven days a week—a bowl of Captain Crunch and a sports talk show with his father, Lavar Ball on it.

His antics and arrogance towards his son and family could not be ignored. From taking shots at Michael Jordan, to claiming his son was more valuable than Lebron James, there was absolutely no limit for Lavar.

As insane as his predictions and statements were, networks like ESPN and Fox Sports had no choice but to bring him onto their show. The guy was putting up box office numbers anywhere he went. As much as I would tell people I couldn’t stand him, I couldn’t help but keep watching. Lavar boasted that his three sons – Lonzo, Gelo, and Melo – would all be playing for the Lakers and would bring championship after championship back to the Staples Center.

Lonzo has been traded from the Lakers to the New Orleans Pelicans and in the eyes of many, has been somewhat of a bust.

Liangelo, whom he refers to as “Gelo” is on some developmental G League team that I can’t pronounce the name or spell correctly.

His athletic apparel company – Big Baller Brand – that he created based off his sons has completely gone down the drain. – So much so that his own son informed him that he prefers to wear his Kobe sneakers on the court rather than his own “BBB” shoes.

Last we heard from Lavar on the matter, he was trying to bring BBB back from the dead with a line of Big Baller Brand bottled water.

With that, Lavar Ball has gone completely rogue. I went from seeing this guy with Stephen A Smith and Colin Cowherd almost daily, to not even being able to recognize him if he’s sitting court-side at a Pelicans game.

But DO NOT count the big man out.

Just check out his house in Chino Hills:

We're kicking off season two of Houseguest with @nate_robinson at @LaVarBigBaller's estate.

The son I failed to give an update on is his youngest, Lamelo.

Lamelo Ball is currently playing overseas against grown men as a 17-year old and absolutely tearing it up. So much so that experts and analysts claim he is a sure thing to be a #1 pick in the 2020 NBA draft. His ball handing, court vision, and jump shot have more of an upside than his brother Lonzo, who went second overall by the Lakers.

I personally think if you have counted Lavar and the Ball family out, you have made a huge mistake. According to reports, he’s already being offered $100 million deals by sneaker and private jet companies.

And he seems to have his heart in the right place: Lamelo recently announced he’s donating a month of his NBL salary to Australian wildfire relief.

My prediction is that Lavar comes back from the dead and just completely wreaks havoc in the sports world leading up to the 2020 NBA draft.

Lavar is like a young Patrick Mahomes on two weeks rest right now. Only in Lavar’s case he has had a whole two years of rest.

With Lonzo finally starting to show some promise as a starting point guard in the NBA, and Lamelo running circles around the Euro leagues top tier talent, we all should make sure we are ready for the mouth of all mouths to make his way back into the spotlight like the mythical phoenix that he is……

“The Rise and Fall….and rise again of Lavar Ball.”