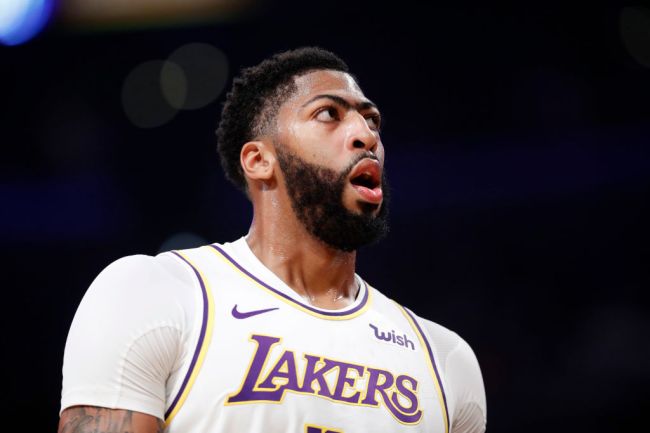 The Lakers are NBA Champions but don’t expect to see them visiting Disney World as part of their celebration seeing as how they spent three months on Disney’s campus inside the NBA’s bubble.

Anthony Davis, and I assume the rest of his Los Angeles teammates, are sick of Disney World and the city of Orlando. Davis made an appearance on ‘Jimmy Kimmel Live’ on Tuesday night and Kimmel asked him whether or not he would ever consider visited Disney World again.

Davis explained that he’s certainly not chomping at the bit to get back to visit the theme park and he even joked that the Lakers were having talks about boycotting any future games against the Magic.

“Probably not. Not for at least two years,” Davis told Kimmel. “We were even talking about boycotting playing the Orlando Magic for a while.”

The Lakers arrived at the bubble on July 10 and finally got to leave after taking down the Heat in the NBA Finals on October 11. As for the thing Davis missed the most during his time in the bubble, he explained that it was his own bed.

“That’s the first thing everybody did when they got home, they just went in and laid in the bed for hours,” Davis said. “Being able to be home and move freely without wearing masks or worrying about somebody getting tested or anything like that. So we’re able to be in our own homes and be back with our families and get some sleep in our own beds.”

Davis is 6-foot-10 and I’m going to go out on a limb and say he has a ginormous bed at home. There’s no telling how great the man slept the first night back in his own bed.