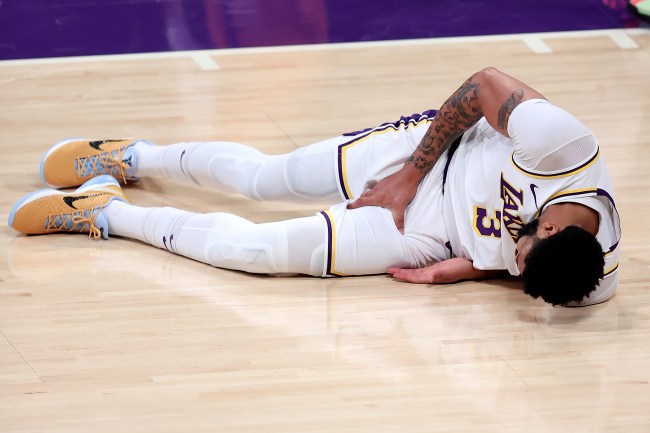 Things aren’t looking good for the Lakers as the Suns have tied the series 2-2 and Anthony Davis appears to have suffered a significant leg injury.

In the first half of Sunday’s Suns-Lakers game 4 of the playoffs, Davis fell awkwardly and hard to the floor.

Anthony Davis injury from the first half pic.twitter.com/twbF75RSJi

Eventually, Davis was forced to leave the game with a groin sprain and was not able to return.

Lakers’ Anthony Davis is out for remainder of Game 4 vs. Suns due to left groin strain.

A video of Davis being barely able to walk to the locker room should be worrying for Lakers fans.

As of now Davis’ status for the rest of the series is uncertain.

Frank Vogel on AD's injury: "He has a strained groin and he's going under further evaluation."

Frank Vogel says that Anthony Davis is undergoing more medical evaluation today and the team will provide an update tomorrow.