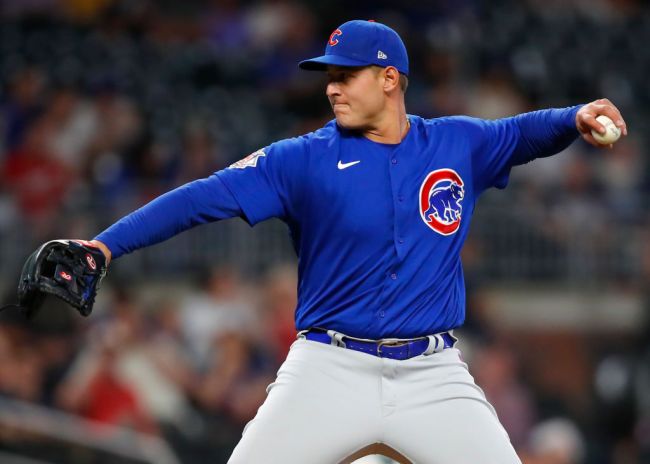 Anthony Rizzo 2, Freddie Freeman 0. A budding rivalry between two National League first baseman continued to go in favor of the Cubs on Wednesday night, but the game itself went in favor of the Braves. You see, Atlanta broke the game wide open in the first inning when Marcell Ozuna and Austin Riley both hit a two-run blast off of Kyle Hendricks to take a 4-0 lead into the second. The dingers were a trend that continued all night and an unusual suspect got in on the action after Freddie Freeman had one of his four hits knock in two runs in the second inning.

Ahead 6-0, Atlanta’s starting pitcher Huascar Yno took the bump in the top of the fourth and struck out Jason Heyward, David Bote and Jake Marisnick. In the bottom of the fourth, he helped himself with his first career home run, taking Hendricks deep to left field for the third home run and seventh run allowed by the Cubs starter. He got the silent treatment after.

The Braves gave their PITCHER Huascar Yno the silent treatment in the dugout after his first MLB home run! 🤫😂 pic.twitter.com/qbvwtVPc2D

Yno went on to throw 5.1 innings of shutout ball with nine strikeouts and two walks and Atlanta went on to hit five home runs in a 10-0 trouncing. Because the game was so lopsided, Cubs manager Joe Madden sent his first baseman out to pitch in the seventh. He had pitched only once before and did not give up a run in that first outing.

.@ARizzo44 puts the greatest ERA of all time on the line. pic.twitter.com/CLN1YkcAFF

Rizzo got a ground out to first and walked Ronald Acuña Jr. before his fellow position-mate stepped up to the plate. Freeman and he had gotten into a pretty hilarious pickle in which Rizzo chased him down and yelled “FREDERICK” about 10 days ago and the game was so out of reach that the moment was not particularly tense. It’s also not like the 31-year-old was throwing gas. Even with plenty of laughs, Rizzo told him to grab some pine.

Here is another angle. Cheddar.

Rizzo got the hook after the K and I’m not sure why. Nevertheless, his 0.00 ERA remained in tact.

Just like their prior memorable meeting, Rizzo got the best of Freeman but the Cubs got molly-whopped.