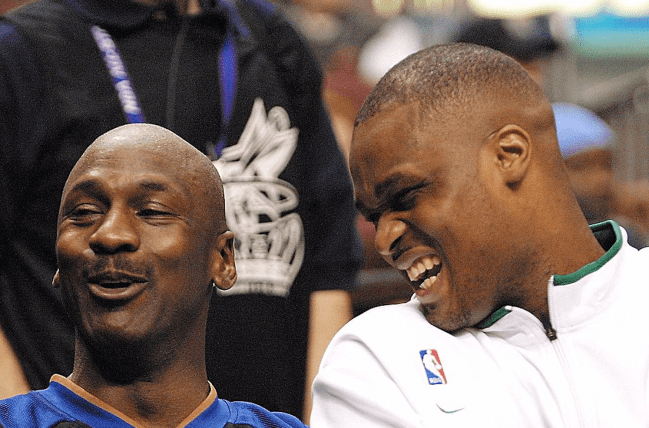 It’s very well-known that Michael Jordan enjoys gambling. Countless stories have been told about his intense gambling habits from once splitting four eight’s into one blackjack hand to skipping a visit to the White House to go gamble on the golf course, MJ has exchanged some cash over the years. What’s remarkable, however, is that we’re still hearing new Michael Jordan gambling stories in the year 2021, like this one recently shared by Antoine Walker.

Walker recently joined ‘All Things Covered‘ with Patrick Peterson and Bryant McFadden and share a couple of different MJ gambling stories, but the one involving a 36-hour long game of spades where the two went down $900,000 at one point stood out. The two literally played spades for a full day and a half.

“When Mike calls, the buy-in goes up a little higher. It’s going to be a number that everybody has to bring to the table. I’d say $20,000 just to get in. If you don’t have $20,000 to get in, you can’t even play. Mike was competitive. I remember one time we played spades for 36 hours. We were playing against two other guys and Mike and I were partners. They had us behind $900,000.”

Walker explained that he was always a cash guy and had about $100,000 on him at the time while Jordan had around $200,000, but he sent his nephew out to grab another $500,000 out of his golf bag and bring it back to the restaurant they were playing at. Again, MJ likes to gamble on the golf course, it’s no real shock to discover he had half a million bucks just hanging out in his golf bag.

While Walker and MJ were down $900k at one point, they dug their way back to just a $20k deficit before the other players eventually ended up winning $180,000. Walker said MJ got tired and was “falling asleep at the table.”

You may be asking when exactly did this wild game of spades go down? It actually happened right around the time Jordan was going to announce his return to the Bulls after his stint in the minor leagues. Walker even claimed that Chicago had to push back the press conference of the announcement because MJ was so wrapped up in this game of spades.