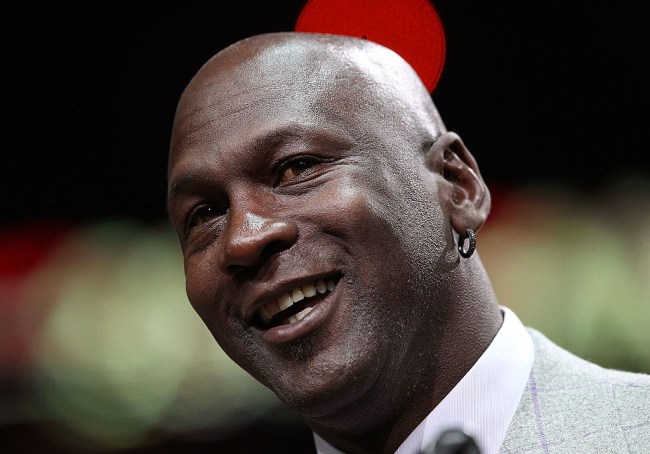 The stories from the Dream Team’s 1992 trip to Monte Carlo are endless. From the tales of the greatest game ever played in practice to the behind the scenes, stories about Michael Jordan, Karl Malone, Magic Johnson and more, there are some incredible stories. While they’re endless, we never seem to get tired of them, especially the Jordan ones. Woody Paige joined The Brilliantly Dumb Show and dropped an absolute heater of a story that involves playing blackjack with MJ.

Paige, who was covering the team throughout the Olympics, was playing blackjack in the casino at a reasonable $25 per hand when Jordan decided to sit next to him and up things to a light $25,000 per hand.

“He gets two 8’s and splits them, he gets another 8, he’s now got three 8’s and $75k on the table. I’ve still got one hand for $25, he gets another 8. Everybody is kind of gathering, he turns to Chuck (Charles Barkley) who is watching behind him and tells Chuck to go get him more money. This was our first hand, he ends up losing and I get blackjack. I was cheering because I won the equivalent of about $75.”

Jordan then turned to Paige with that look in his eye that we all know too well and says, “If I were you, Woody, I wouldn’t be too happy about that.”

This makes me think, have we ever heard a Jordan story that we all didn’t love and cherish? It’s what makes Michael Jordan, Michael Jordan. Anything this guy did or said was legendary and a simple interaction, or in this case blackjack hand, turns into a story that gets told for years.

Paige was simply electric on the show and can rattle off stories like there’s no tomorrow. That’s the same way Paige has gone about his career, no filter whatsoever and a man that is always going to call it as he sees it. God bless Woody Paige, and God bless Michael Jordan.