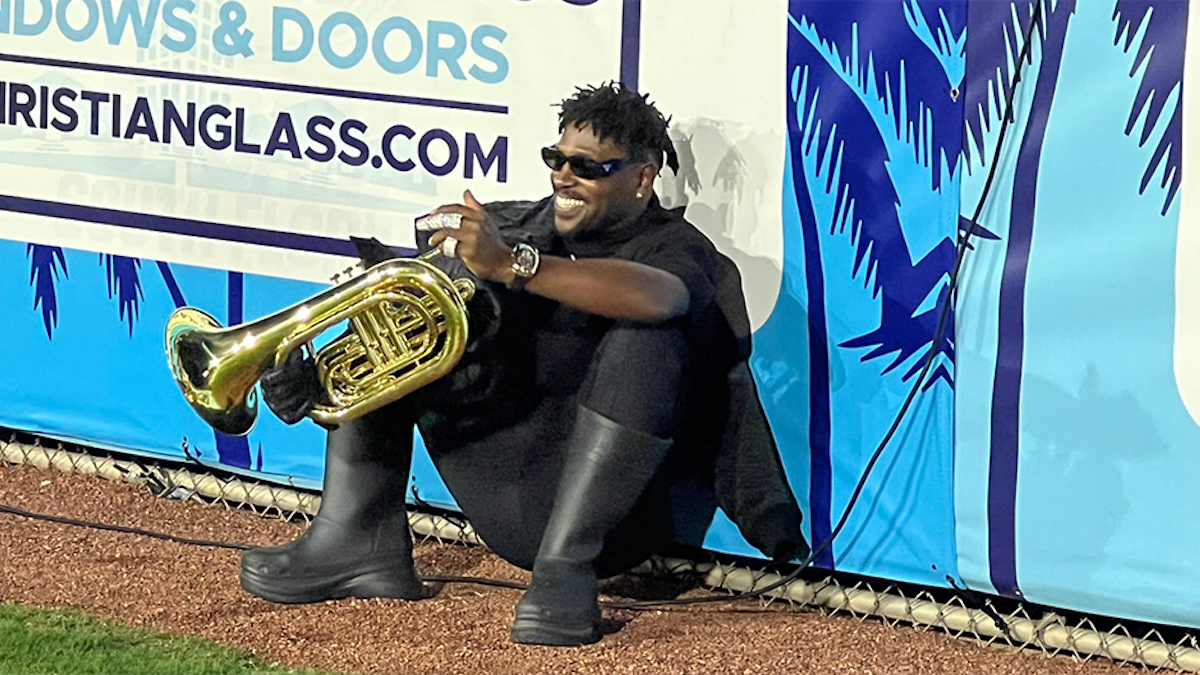 Tampa Bay Police are seeking to make an imminent arrest on disgraced former Buccaneers wide receiver Antonio Brown. An arrest warrant for Domestic Violence was issued for Antonio Brown after he violently threatened the mother of four of his children.

The incident reportedly happened at the mother’s home in Tampa. Reports say Antonio Brown threw the mother of his children out of her house, locked her out, chucked all of her belongings out of the home, and then things went from bad to worse.

Tampa Bay’s FOX 13 reporter Aaron Mesmer says Antonio Brown then threatened to shoot the mother of 4 of his children before throwing a shoe at her. After that, the Tampa Bay PD requested he come out of the home and he refused the request which led to the issuing of an arrest warrant.

#DEVELOPING: Former Buc WR Antonio Brown accused of domestic violence. According to court docs, mother of 4 of his kids says he locked her out of her Tampa house, tossed out her belongings, threatened to shoot her, threw a shoe at her, then refused @TampaPD request to come out. https://t.co/gic8WMdAtV pic.twitter.com/nHnHqKwGPf

This is an active arrest warrant, as pictured here. Meaning police are seeking to arrest the former NFL wide receiver and current Donda Sports executive as quickly as possible:

According to FOX 13‘s Kevin O’Donnell, the incident took place earlier this week. He writes:

There were apparently “many failed attempts” to try and convince Antonio Brown to allow the mother of his children to collect her belongings. He reportedly refused and then the victim was advised to stay elsewhere for the night.

This is the latest in a series of troubling incidents from Antonio Brown. He recently photoshopped a crude photo to make it look like Tom Brady’s ex-wife Gisele was nude and he shared the grotesque photoshopped picture on Snapchat.

Just days before that, Antonio Brown tried to embarrass quarterback Tom Brady by ‘exposing’ text messages between them. However, AB just ended up looking foolish in the process.

And it has barely been two months since Antonio Brown was accused of lewd acts and breaking the law in Dubai. Footage of Antonio exposing himself to a woman went viral raising many questions.