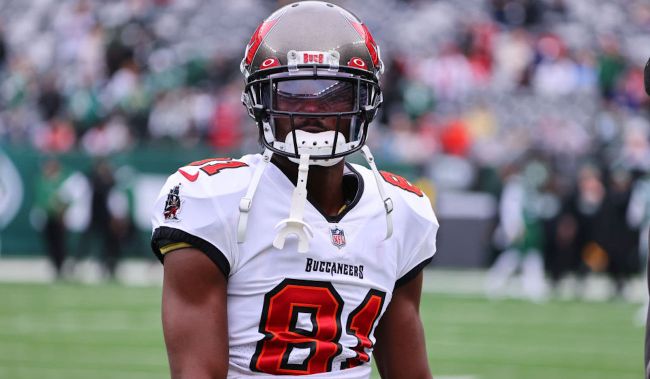 Ah, Antonio Brown. The man never ceases to amaze me. We need to get this guy his own reality TV show — I need to see the inner workings of how and why he does the things that he does.

Take the latest example of his Antonio Brown-ness: on Monday night, he posted apparent “proof” that the Tampa Bay Buccaneers “made” him play through an ankle injury, which is what he claims led to his meltdown during the team’s Week 17 game against the New York Jets. Brown’s alleged proof was photos and videos of a meeting with a doctor where he’s discussing an x-ray of his ankle.

“They tried to hurt me intentionally @buccaneers,” Brown wrote on Instagram. “Sent me out there after knowing I was still hurt. Tom said he would throw it if I came to play hurt. I came. He didn’t throw it. Imagine being hurt having to play through this and being lied too [sic]. Coach said if I couldn’t run on this get the f–k out of here. F–k all you MF. Still caint [sic] stop me @nfl.”

Antonio Brown released this image of his foot/ankle injury on his IG account with usual claims that #Bucs made him play hurt, Tom Brady didn’t throw him the football and Bruce Arians fired him for being hurt. pic.twitter.com/tLOTOshcfm

Brown’s posts, perhaps unsurprisingly, have since been deleted as NFL fans noticed that the x-rays were from October, which was two months before his outbursts at Metlife Stadium.

Worth mentioning the MRI Brown shows in the video isn't from right before his return, it's from October. Which is 2 months before the #Jets game. He was rehabbing during those two months

After that was pointed out on social media, AB deleted the video he uploaded with his claims pic.twitter.com/INib5u6AXq

This isn’t the first time this offseason that Brown has posted something with a suspect date on it. Prior to Super Bowl LVI, Brown — while announcing that he is the new President of Kanye West’s Donda Sports — posted what he claimed to be an invoice for an owner’s box at the big game. However, similar to the x-ray, the invoice was from months ago as the due date was labeled 02/07/21.