Antonio Brown Appears To Take Shot At Derek Carr And His Brother With Cringeworthy Pun, Posts Bizarre Quote To Describe His Time In Oakland 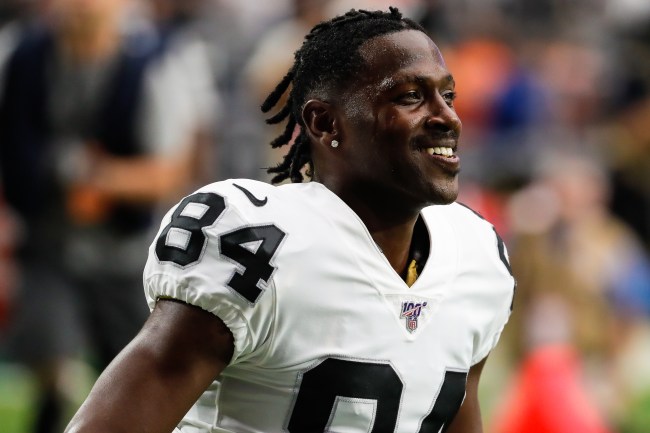 Antonio Brown isn’t going to down without a fight.

Earlier today Brown was released by the Oakland Raiders after a week of drama before the start of the season.

After Brown’s release, David Carr, brother of Raiders QB Derek Carr, went on TV and Twitter to bash the wide receiver over his behavior.

Derek Carr's brother, @DCarr8, joined us moments ago with the latest on Antonio Brown and the #Raiders

"There's a relief, honestly, that he might NOT be there." pic.twitter.com/zTAmigVkiO

AB then went on to post this bizarre quote to describe his brief time in Oakland.

Brown was immediately mocked for his tweets.

"Quick, what's a good car pun I can make about Derek Carr!"https://t.co/TPNCnNdXQD

Talking shit now after Derek Carr welcomed you into his home and embraced you. You're a sad man. Get some help now before it's too late and you're broke and can't afford it.

Antonio Brown’s last two brain cells linking up to come up with this sick burn pic.twitter.com/lXyXklQvoE

You’re a grown man though

At least you understand you’re a child.