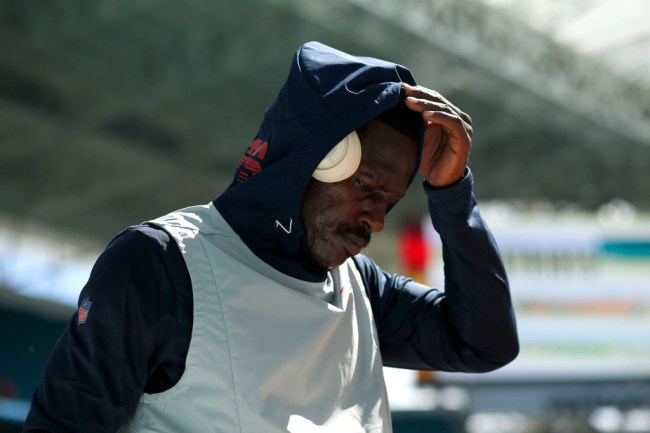 Antonio Brown had around 30 million reasons to celebrate when he signed a massive deal with the Raiders after forcing a trade out of Pittsburgh back in the spring but would ultimately see his contract voided thanks to a long series of unfortunate events that would result in him being cut from the team.

However, it didn’t take long for the wide receiver to land another solid chunk of change thanks to the Patriots, who quickly swooped in and signed him to a $15 million one-year deal.

Unfortunately for Brown, things fell apart yet again after multiple women came forward to accuse him of sexual misconduct and his time in New England came to an end after just a single game.

Brown was slated to receive the first installment of his $9 million signing bonus from the Patriots last week but the direct deposit never hit. However, it appears the fallen superstar isn’t going down without a fight.

According to ESPN, Brown is planning on filing nine separate appeals and grievances against New England and Oakland in an attempt to recoup the $61 million he feels he deserves after being cut.

Here’s how things break down courtesy of The Worldwide Leader:

Last week, a number of NFL insiders came out and said the Patriots had violated the collective bargaining agreement by refusing to pay Brown his bonus, so while it appears he has a solid case as far as that is concerned, only time will tell if the same can be said for the other eight.