Antonio Brown Didn’t Get The First Installment Of His $9 Million Signing Bonus From The Patriots, So This Is About To Get Ugly 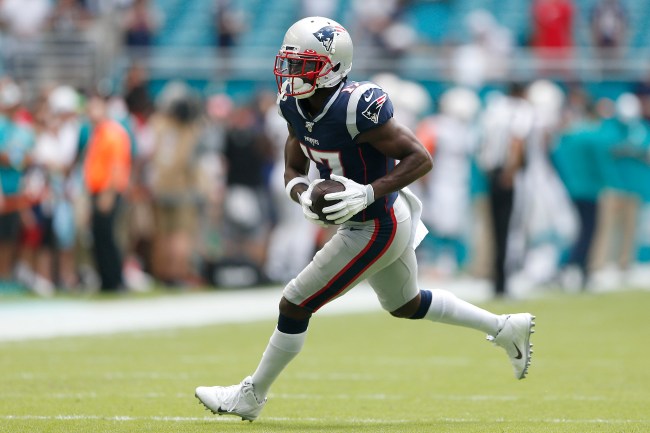 Antonio Brown played in just one game with the New England Patriots and last only 12 days with the defending Super Bowl champs before they released him late last week over concerns about the numerous sexual assault allegations against him, but the All-Pro receiver and the franchise are about to go into a real battle over how many millions of dollars he’s owed. In other words, this could get ugly.

The Patriots signed Antonio Brown to a one-year deal on September 9, with a signing bonus that was reported to be $9 million. Unfortunately for the troubled wideout, as of right now, he’s not receiving a dime of that money, because the Pats declined to pay the first installment of it today, via a source, which was a $5 million bill.

According to Pro Football Talk, the move was expected by New England, even if the team may need to eventually pay the player in full following a formal grievance since he didn’t technically commit a “forfeitable breach” of contract under the terms of the labor deal. Brown is surely going to dispute the decision.

The Patriots will have to fashion an argument based on, for example, Brown withholding information as to the threatened sexual assault and rape litigation from the team. The Patriots would argue that they wouldn’t have signed Brown if they’d known about the potential lawsuit, especially since it can (and did) spark an NFL investigation that could result in Brown being placed on paid leave.

Whatever the argument, there’s no downside in refusing to pay Brown. If he wins, he gets the money — without interest, attorneys’ fees, liquidated damages, or other costs.

Antonio Brown has already ripped the Patriots’ brass following his release, going in on owner Robert Kraft and swearing off the NFL altogether. And while he may end up getting all, or part of, the $9 million guaranteed to him as part of his contract with New England, who knows when that will actually be. The worst-case scenario for Brown would be a payment of $283,333, which the Pats would have to pay should they win the expected grievance.

Who knows what lies ahead for Antonio Brown. After enrolling in classes at Central Michigan as his NFL future is up in the air, maybe he’ll get to salvage his $9 million signing bonus from the Pats as a parting gift for the 60 minutes he gave the team this season.