Antonio Brown Announces He’s Going Back To College At Central Michigan, Here Are The Courses He Enrolled In 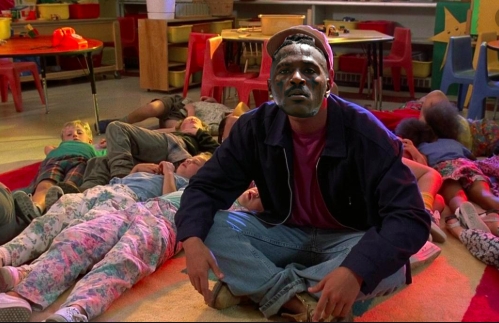 Antonio Brown was fired from his job on Friday and announced that he’ll be leaving his industry all together.

Now, at 31 years young, one of the greatest wide receivers to play the game is without a gig and at a crossroads. Without proficiency in Microsoft Excel and 3-5 years of related industry experience for every entry level job on the goddamn internet, Antonio Brown evidently has come to the realization that a continued education is his best bet to succeed in today’s choosy job market.

Mr. Brown seemingly announced on Instagram Monday that he will be taking courses at Central Michigan University, the school he attended from 2007 to 2009 and earned back-to-back All-American honors as a punt returner. He is the program’s all-time leader in career receptions (305) and receptions in a season (110).

Antonio Brown is headed back to school 👀 pic.twitter.com/RmDxaLjGwD

NESN’s Dakota Randall did some digging to determine the courses Brown has enrolled in. They are as follows:

Sidenote: College these days provide courses like Death and Dying, instead of useful courses like ‘An Intro To Home Mortgages’ or ‘Credit Cards: Not Really Your Money’ or ‘Hangovers: The Plague of Post-Grads.’ Absolute rubbish.

The internet was super supportive in the embattled Brown making a move to better himself. Just kidding, they mocked him relentlessly.

Antonio Brown just announced that he's going back to school on Instagram pic.twitter.com/6enUsqipsY

I figured out what college Antonio Brown is going to @AB84 pic.twitter.com/Ct8vG7yE8w

Antonio Brown is really about to go to college, get called on for a question and when he gets it wrong threaten to punch the teacher in the face and drop the class https://t.co/scnA64CstG

Breaking: Antonio Brown threatens to drop out of Central Michigan University over school’s use of the Dixon Ticonderoga pencil which reportedly cramp Brown’s hand during 50 question Scantron exams https://t.co/S3D9wTgbKQ

We will keep you posted on anything and everything Antonio Brown, the student.