Antonio Brown Locked Himself In Home, Refuses To Leave While Police Try To Arrest Him 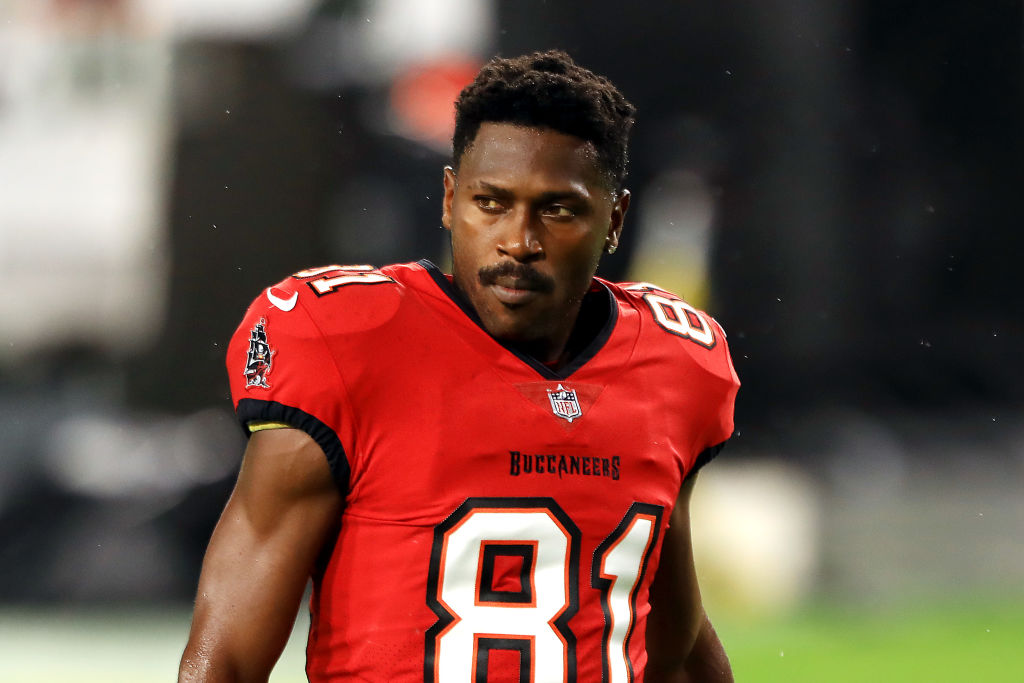 Antonio Brown has apparently locked himself in his ex-fiancee’s home and refuses to leave while police attempt to arrest him.

On Thursday, a warrant was issued for Brown’s arrest after he was accused of throwing a shoe at his ex-fiancee’s head and unlawfully evicting her out of her house by throwing her belongings onto the street.

According to Tampa’s ABC Action News, Brown got into a standoff with police after he refused to leave the home despite the arrest warrant.

Tampa Police attempting to arrest former Buccaneers receiver Antonio Brown. A warrant for Brown has been issued, and Tampa Police are trying to get him to come out of the house. https://t.co/p0M7gmUQkL

At one point, Tampa Police yelled at Brown, “we’re not going anywhere.”

The protection order request, and arrest warrant, came after an incident between Brown and the mother of several of his children on Wednesday.

During the incident, Tampa Police said Brown began throwing the woman’s belongings out of the house. At some point before police arrived, Brown allegedly came out of the home and “threw a shoe at the victim striking her in the ponytail.”

By the time police arrived, Brown had allegedly locked all of the doors and windows to the home and refused to come out.

TPD said Brown offered to let the children go inside the home, “but the kids did not want to go inside because they were afraid of their dad when he gets in these destructive moods.”

Police said they made multiple attempts to get Brown to open the home but were never successful.

Update: The police have left the home without arresting Brown, it is unclear if they will return.

#BREAKING: @TampaPD attempted to serve an arrest warrant on former #Bucs WR Antonio Brown at his South Tampa home for domestic violence. He refused to come out. Police have since left without him. He is believed to still be in the house. See quoted tweet for accusations. https://t.co/duF3pfNook pic.twitter.com/17dtOAOtvf