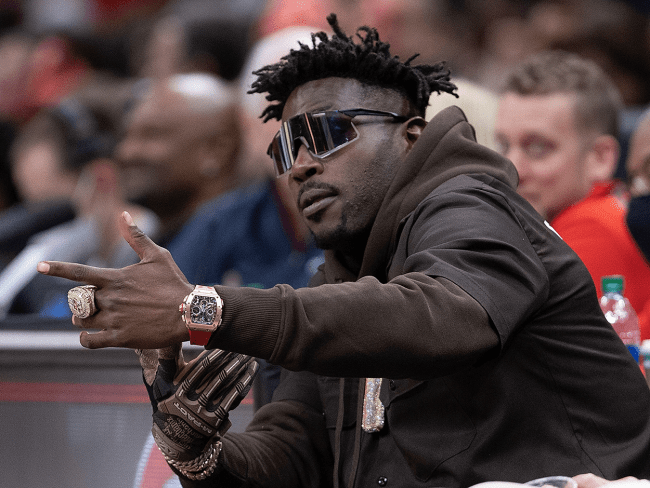 Antonio Brown may not be the sharpest crayon in the box. We know that.

The NFL wide receiver has been met with a lot of drama over the course of his career and has taken a lot of hits to the head in the process. His most recent blunder, however, might be the most hilarious.

He did not. He got very got.

TikTok and YouTube prankster Lefty, who goes by the handle @immortallefty, is just a random bald man. He does not look like Pitbull, like, at all.

Lefty was out on South Beach for his most recent video and was pretending to be Mr. 305. Again, he does not look like Pitbull, but people certainly thought that he does.

Brown was one of them. He fell for the prank hook, line and sinker. Not even for a second did AB try to call Lefty’s bluff, and Lefty ran with it.

The result is laugh-out-loud funny. Brown is so excited to meet who he thought was Pitbull and proceeded to tell him how much he likes his music.

Lefty, who does not look like Pitbull, took the moment in stride and the two took a picture together. Here is how the whole thing went down, it’s absolutely hilarious:

Brown really had no idea. He thought it was Pitbull. Unreal.