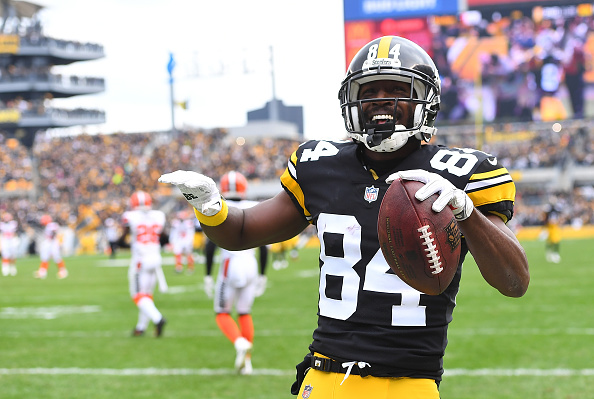 This afternoon, Pittsburgh Steelers star wide receiver Antonio Brown was pulled over by local police for driving 100 MPH in a 45 MPH speed zone.

Pittsburgh Steelers wide receiver Antonio Brown has been cited for driving in excess of 100 mph on McKnight Road.

According to police, Brown was heading south when he was pulled over between Babcock Boulevard and the Parkway. The posted speed limit in that area is 45 mph.

Apparently the police were responding to a bank robbery when they saw Brown blazing down the road in his Porsche 911.

Officers were responding to a bank robbery at McCandless Crossing when they spotted a Porsche traveling at a high rate of speed and pulled it over. He was cited for reckless driving.

Brown is not a suspect in the bank robbery.

We now have video of the police chase and Brown was going pretty damn fast.

This video looks awful similar to @AB84 vs. Cleveland's secondary over the last decade

The Steelers organization declined to comment on Brown’s situation.

“We are aware of the situation, but we are still gathering information. We won’t have any further comment at this time,” Steelers spokesman Burt Lauten said in a statement.