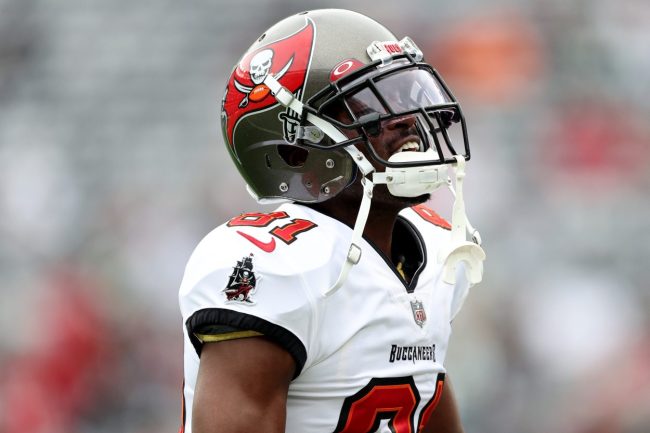 Antonio Brown is relentless in everything he does. No matter what it is that he is doing, he goes all-out.

Whether it’s quitting, making accusations, or pursuing a return to the NFL, he is nothing if not persistent and ambitious.

Earlier this week, Brown joined the I Am Athlete podcast and discussed the one quarterback he wants to play for. He doubled down on Tuesday with a cryptic tweet that showed him photoshopped into a Ravens uniform.

Brown technically does not have any parameters that are keeping him from rejoining the league. He has not been punished by the NFL for his bizarre meltdown with the Buccaneers, and he is a free agent.

It is hard to imagine that someone would be willing to give Brown a shot. Adam Schefter recently said that “when you talk to people around the league, they expressed doubt that he will get another chance in the league.”

But his talent is undeniable.

Throughout his career, Brown has never averaged less than 10 yards per catch. In only 15 appearances and seven starts with the Buccaneers, he scored eight touchdowns and totaled 1,028 yards.

Prior to that point, he gained more than 1,000 yards in seven of eight years with the Steelers. In addition, he had more than 10 touchdowns in four of his last five years in Pittsburgh.

As it stands, the Ravens have four main receivers— Marquise Brown, Sammy Watkins, Rashod Bateman and Devin Duvernay. While the talent isn’t lacking, necessarily, adding a big play receiver like Brown could really open up the offense.

There has been no indication that the Baltimore organization has even considered adding Brown to the roster. Now only time will tell if John Harbaugh is willing to take that risk.