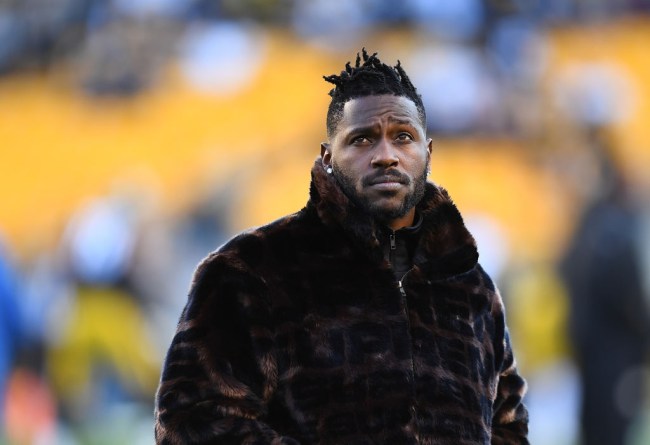 After a month filled with drama concerning frostbitten feet, banned helmets, and general discontent, Antonio Brown found himself released by the Raiders over the weekend before being promptly picked up by the Patriots it and appeared the wild roller coaster ride had finally come to a close.

However, on Tuesday night, it became very clear that was not the case when Brown’s former trainer Britney Taylor filed a civil lawsuit in a Florida court accusing the wide receiver of sexually assaulting and raping her on three separate occasions.

Taylor claims Brown both exposed himself and kissed her without her consent before, well, I’ll just let you read what The New York Times had to say:

Taylor also provided messages she allegedly received from Brown that would appear to back up her claim.

After the news broke, Brown’s attorney released a statement refuting the accusations.

A report also emerged that the wide receiver is planning on filing a countersuit to fight what he believes is a money grab.

Shortly after, the Patriots released a statement, saying:

“We are aware of the civil lawsuit that was filed earlier today against Antonio Brown, as well as the response by Antonio’s representatives.

We take these allegations very seriously. Under no circumstance does this organization condone sexual violence or assault.

The league has informed us that they will be investigating. We will have no further comment while that investigation takes place.”

It currently appears there are no plans to discipline the wide receiver as the matter is being investigated but this will certainly be the story to keep an eye on in the near future.