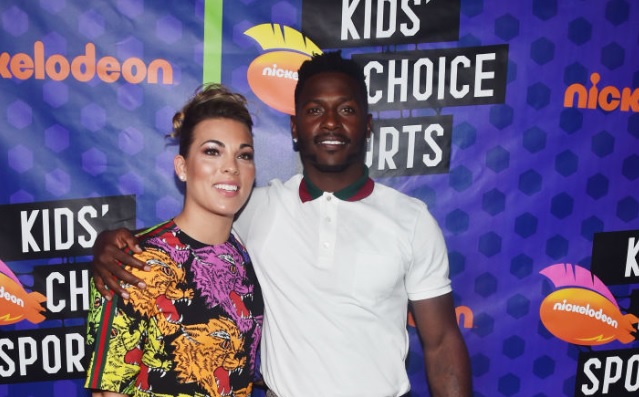 Antonio Brown’s fiancée/ baby mama Chelsie Kyriss is sticking by her man despite all the off-the-field drama.

Earlier this week, OnlyFans model Ava Louise, who had previously gone viral in 2020 for participating in a TikTok challenge involving licking airline toilet seats, alleged that she had hooked up with Brown after he snuck her into the Bucs hotel before his now infamous sideline meltdown last Sunday.

On Sunday, Kryiss, who has three children with Brown, took to Instagram to reveal why she’s not leaving the NFL wide receiver despite the fact he allegedly cheated on her with Louise. According to Kryiss, she believes Brown deserves someone who refuses to give up on him.