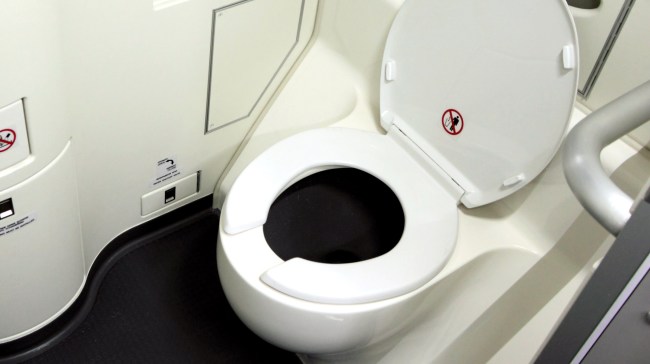 Ava Louise, the toilet licking TikTok user who went viral, spoke to Dr. Phil and told him that she doesn’t care if she causes people to die.

The 21-year-old clout chaser and Instagram model who previously appeared on Dr. Phil’s show back in February, proclaiming that she would rather “die hot than live ugly,” was back on the show this week after her ill-advised stunt was viewed by thousands on the internet.

During her latest interview with Dr. Phil, Ava Louise informed the talk show host that the toilet she licked was on her sugar daddy’s airplane as she was flying to Miami for spring break and that she bleached it before performing her now infamous lick – something she failed to inform her thousands of followers.

She claims she did it because “I wanted the clout off of it, and I was really annoyed that corona was getting more publicity than me” and that the stunt was a “social experiment.”

“I had way dirtier things in my mouth that whole spring break,” she informed Dr. Phil. “I wasn’t putting myself or anyone else at risk.”

“You then went to spring break and hung out on the beach with a bunch of people,” Dr. Phil said while pointing out to her that she ignored the government’s call for social distancing.

“I was fine. I made out with a bunch of people. I was not hygienic. I acted like a degenerate,” she replied. “My immune system was down from all the drinking and drugs, and I should have coronavirus. But I don’t, and no one down there does. There’s not a lot of cases in Miami.”

“Do you have any concern about the fact that if you just get outside, and enjoy life, and perpetuate the spread of this virus, you put more older people at risk?” Dr. Phil asked her.

“No,” she replied. “You’re concerned about yourself because you could die, and we can’t.”

Related: TikTok Influencer Says He Is In The Hospital Days After Licking A Toilet For A ‘Coronavirus Challenge’ Video

“If you infect one person that loses their life, is it worth it for you to have this attention?” he asked.

“I don’t, yeah, I’m hearing you talk and you’re like, ‘oh you’re gonna kill somebody,’ like, you know what, like, I’ll pull up and I’ll cough on you. Like, I’m just tired of it. This is ridiculous,” she replied.

After calling her spoiled and entitled, Dr. Phil said he hopes his audience will “completely disregard everything [she’s] saying.”

Looks like we have a new contestant in the battle for worst person on the planet.