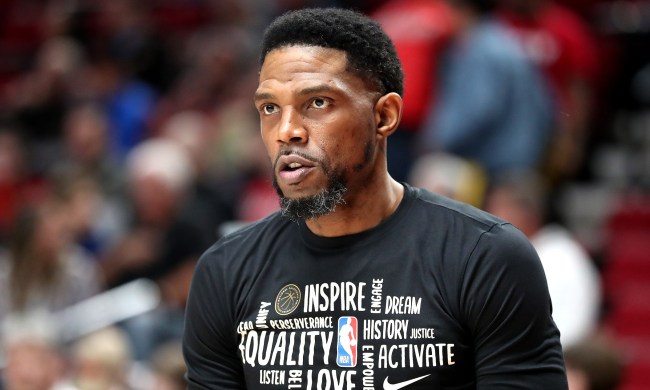 Udonis Haslem in in the middle of his 17th season playing for the Miami Heat. It’s the only NBA team he’s ever played for. He was born in Miami. He graduated from Miami Senior High School where he won two state championships (one of which was later vacated because he actually lived in Miramar – a suburb of Miami). So if anyone can speak on life in Miami, especially the parts of Miami people rarely see, it’s Mr. 305.

So when UD saw spring breakers invading his city and its beaches, saying things like, “If I get corona, I get corona. At the end of the day, I’m not gonna let it stop me from partying,” and getting mad when the city told them to go home, he simply couldn’t hold his tongue anymore.

Which is why, in a new essay Haslem wrote for The Players’ Tribune, he says, “I’m not usually the kind of guy who does this sort of thing… I don’t write a lot of articles. But if you f*** with my city, I’m going to speak on it.”

“I hear y’all already, with your comments. I’m just some rich basketball player. How can I relate to that? What do I know?” he continued before explaining that he grew up in Liberty City, had never even been to South Beach until his rookie year in the NBA, and if it wasn’t for school lunches he probably wouldn’t had had anything to eat growing up.

“This ain’t your f***ing beach, bruh.
This is not your spring break.
This shit is real life.” —@ThisIsUD

“…so while I might not be a doctor or a congressman or anything like that, I do know one thing — just as someone who grew up where I grew up: If our schools have to close down for a long time because this corona thing gets out of control, millions of kids are going home to empty refrigerators,” Haslem explained.

He goes on to talk about the fact that for many of those kids “home might not be the safest place.”

“For a lot of kids, the truth is that school is the only structure they got,” wrote Haslem. “It’s the only food they can count on. It’s the only safety that’s guaranteed.”

“If this crisis doesn’t wake us up and make us change as a country, I don’t know what will.” —@ThisIsUD

Haslem goes on to suggest to that people who can afford to make donations that they give to the people at Feeding South Florida.

But he, unlike perhaps others, gets it if that’s not possible for many. “Believe me, I understand if you can’t,” he said.

So if you can’t make a donation he just asks that we “do the easiest thing in the world.”