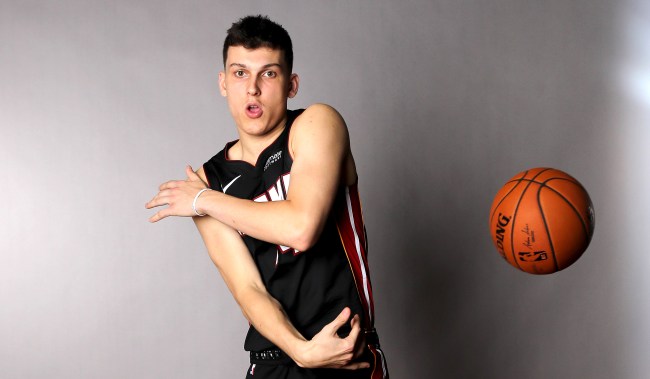 Over the past 365 days, the 20-year-old Herro has played four games in the NCAA Tournament for the Kentucky Wildcats as a freshman, making it to the Elite Eight, declared for the NBA draft, was selected by the Miami Heat with the 13th overall pick, signed a two-year contract with $7,462,440 guaranteed, made his first NBA start – scoring 14 points, and scored a season-high 29 points before the NBA was shut down by the you know what.

Even with the shutdown, Herro continued to score as earlier this week he needed just three letters to attact the attention of Instagram model, and former girlfriend of Kyle Kuzma, Katya Elise Henry.

As they always say, shooters goona shoot, regardless of whether there are games to be played or not.

Herro also recently sat down with GQ to share how he has been handling his newfound riches, revealing how he spent his first $1 million. (It helps that he plays in Florida – the home of no income taxes.)

“Coming from like, no money to having a lot of money, I knew I was gonna have to get like, a financial advisor,” Herro admitted.