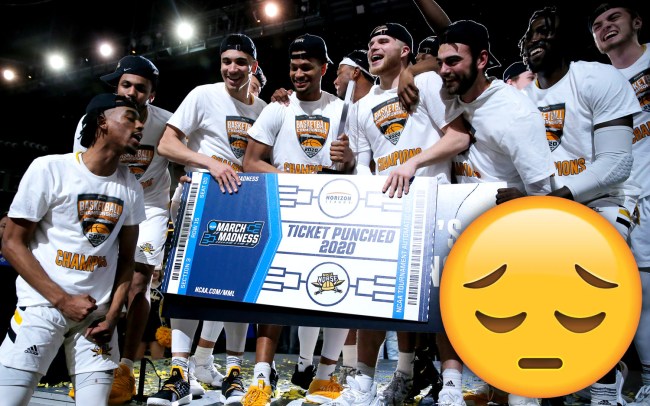 Because we can’t have real sports right now, and especially since we’re all missing out on March Madness (emphasis on MISSING), ESPN decided to simulate the 2020 NCAA Men’s Basketball Tournament using Joe Lunardi’s final bracket and their own Basketball Power Index (BPI).

Now, I can’t guarantee that the results of ESPN’s March Madness simulation will make you any happier than the one the Washington Post did the other day, but at least ESPN’s projected national champion isn’t loathed by a significant portion of the college sports fanbase.

And yes, yes, I know… the Florida State Seminoles and Kansas Jayhawks have already crowned themselves champions. Good for them. Moving on.

According to ESPN, the pre-tournament favorites were…

However, as we all are very well aware, going with the chalk when filling out your bracket is almost without fail a recipe for disaster and that was the case once again in ESPN’s simulation.

FINAL FOUR RESULTS
No. 4 Wisconsin over No. 4 Maryland
No. 6 BYU over No. 6 Virginia

NATIONAL CHAMPIONSHIP
No. 4 Wisconsin over No. 6 BYU

BYU was actually favored, but 16 points from Nate Reuvers and coach Greg Gard’s strategy were too much to overcome.

So there you have it. The Badgers of Wisconsin are your 2020 NCAA Men’s Basketball National Champions! Sort of.

Check out the entire tournament simulation over at ESPN.com.