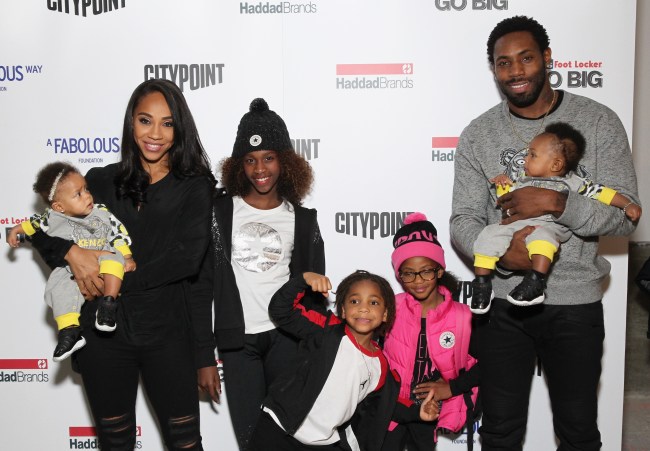 At the time of me writing this, Antonio Cromartie is fathering  13 children. His wife Terricka currently has a bun in the oven, which would bring the children tally to 14. According to government calculations from 2015, couples end up spending an average of $13,000 a year raising a child. So, for those of you scoring at home, Cromartie and his wife will have to cough up roughly $182,000 in this year alone. Astounding.

But the story becomes even more fascinating when you consider that Cromartie had a vasectomy in 2015 but still managed to get his wife pregnant with twins last January. Now another. Cromartie Sperm > Science. How the fuck does this happen? The dudes over at For The Win contacted Dr. Ajay Nangia of University Kansas Health System to shed some light on the super sperm.

Nangia explained that after the procedure, patients are told they have to use birth control afterwards for three months and then come back for a follow-up appointment to make sure they have what they call a “zero count” of sperm.

“We don’t know if he got any confirmation of his ‘zero’,” Nangia said. “Surely by the fact that he had one kid after his vasectomy should have been a red flag.”

The other factor there is that even after a man is found to have a “zero count,” there’s a 1 in 2,000 chance of pregnancy.

But there’s also the fact that the human body can do some extraordinary things. It’s also possible for something call “recanalization” to take place, in which the scar tissue in the blocked or tied-off end can form little holes in them and allow fluids — the ones used to procreate — to flow through.

So, in summary, science hasn’t evolved enough to deal with the monstrosity that is Antonio Cromartie’s boner yogurt.