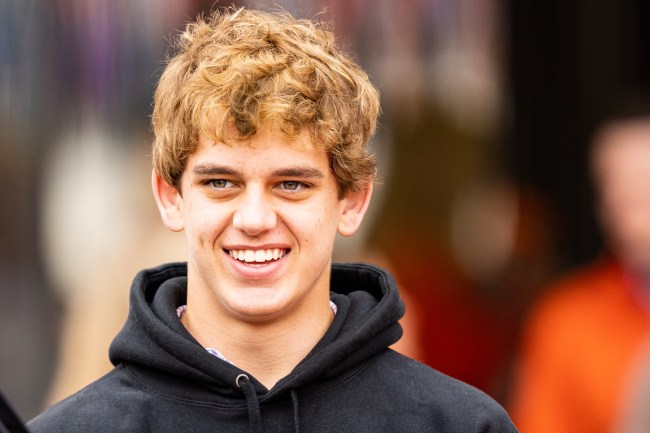 Arch Manning’s recruitment is officially in full swing. The nation’s top recruit in the class of 2023 is wrapping up his junior year of high school and will have to be officially committed in just over 365 days.

At the moment, college football’s recruiting period is open. Coaches are able to visit recruits and contact prospects until the dead period on January 31st.

Although coaches cannot meet with a junior in high school at his own school or home right now, that does not stop them from taking a look and stopping by. That is exactly what has happened with Manning.

According to Manning’s high school football coach Nelson Stewart, quite a few coaches have stopped by Isidore Newman over the last 7/14 days. The revolving door of different schools this week has been absolutely crazy and a few new suitors have even entered the conversation.

Earlier this week, the reigning College Football Playoff National Championship-winning coaches from Georgia made a trip down to New Orleans and watched Manning play for the Greenies’ basketball team on Monday.

The runners-up did the same five days later.

Manning and Newman traveled to De La Salle on Friday night and the two most important coaches from Alabama were in attendance — Nick Saban and offensive coordinator Bill O’Brien. They both set up above the court to watch their hopeful future quarterback play some basketball.

A video of their visit was posted online and it opens with Saban making O’Brien stand still while he signed a towel for a fan on O’Brien’s back. That’s a tough look for O’Brien. It’s not like he is a grad assistant. O’Brien is a full-grown man who runs Saban’s offense.

And yet, he was completely alpha’d, when Saban probably could have turned around and signed the towel on, say, a bleacher, instead. I digress.

Once the game began, Manning looked athletic and got buckets and the two Alabama coaches were impressed.

Newman pulled out a five-point win with Saban and O’Brien in attendance, but surely a win or a loss, or even a bad individual performance would not deter them from recruiting a generational talent on the gridiron. As of now, Manning’s recruitment is wide open, but Alabama, Georgia, Clemson, Texas and Ole Miss appear to be his top five.