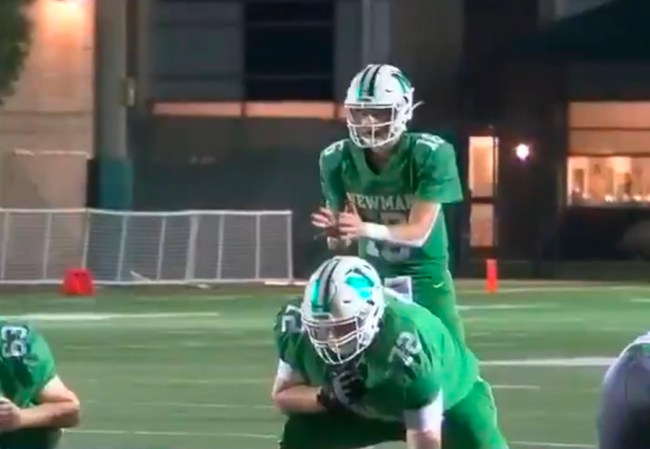 The nephew of Peyton and Eli Manning, Arch Manning, is off to a hot start to his junior season in high school.

Manning, who is ranked as the No. 1 junior recruit in the nation, got himself 288 yards passing and four touchdowns in a 28-0 home victory against Vandebilt Catholic.

All four of Arch Manning’s touchdowns came in the first half.

Arch Manning kicked off his junior campaign in style! 😎

The five-star QB threw for 238 yards and three touchdowns along with five carries for 50 yards and a quarterback sneak.

Arch Manning making it look too easy in his first game. On3's No. 1 2023 prospect showing off his quick release and pocket awareness pic.twitter.com/EVR4QYp9tw

Arch Manning is off to quite the start to his junior season. His third TD pass in a little more than one quarter of action gives Newman a 21-0 lead with 7:53 left in the second quarter. pic.twitter.com/ZeT1txA86m

Manning’s final stat line was 18 of 34 for three touchdowns and one rushing touchdown.