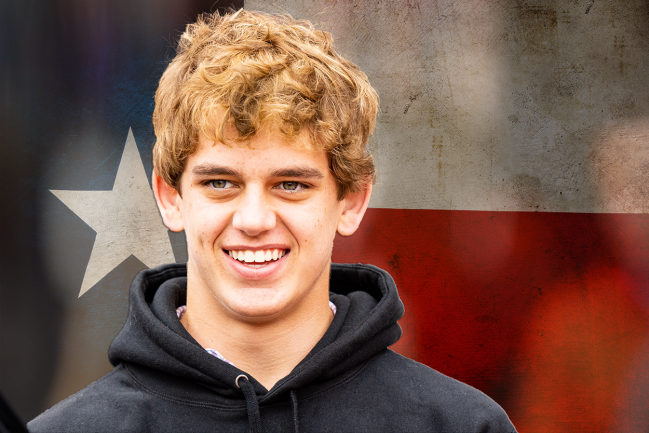 Arch Manning is the most famous college football recruit in a very long time, if not ever, and the picture is starting to take shape. The top-ranked recruit in the Class of 2023 is deciding between Georgia, Texas, Alabama and Ole Miss with Florida and LSU trying to make a push.

However, of the four teams that are very much “in it,” Georgia and Texas seem to be in the lead with Alabama in e third. There is a lot of time left for things to change, but it seems likely that he will be a Longhorn or a Bulldog.

Arch Manning was in Austin for a recruiting visit over the weekend and Texas pulled out all of the stops.

After visiting Georgia the weekend prior, Manning and his family were on-campus at Texas over this past weekend. He and his good friend, top target and fellow Class of 2023 recruit Will Randle were there for three days.

The goal of the visit was to get a feel for what life would be like as a Longhorn student-athlete.

On Thursday, Manning and Randle followed the exact same script as Texas players. They got up early, ate breakfast with the team, attended weight-lifting sessions and sat in on meetings.

On Friday, the duo attended the Dell Match Play golf tournament in the city along with some fellow Longhorns both past and present. Among them was former Texas quarterback Sam Ehlinger.

On Saturday, Manning and Randle spent the day with the team during spring practice. They got a feel for what practices look like, got a feel for the offense, and got to be in the locker room and in meetings throughout the day.

Former Texas legend and current NFL quarterback Colt McCoy was also on the field during practice. Manning got to watch his position work and presumably got to talk with McCoy about being QB1 at Texas.

Of course, while on campus, Manning and Randle also put on the Longhorns uniform and took their visit photos.

According to multiple reports, the visit went well and Texas is in a solid position in Manning’s recruitment. That was already the case prior to the visit, but this past weekend was another big step forward.

There is no set timeline for Manning’s commitment, but an announcement is likely to come at the end of the summer before his senior season. He will visit Alabama this weekend and the Crimson Tide recently made a very big decision surrounding their future quarterback.

From there, everything is up in the air. Manning will presumably drive up the road to LSU, would like to get back to Oxford and might fly over to visit Florida.