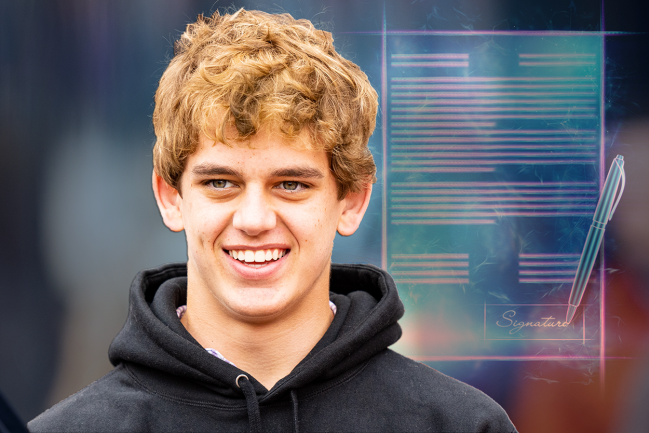 A timeline for Arch Manning’s recruitment remains unclear. However, it appears as though the picture is starting to take shape.

Just as everyone expected from the beginning, Manning’s decision seems to be down to two— Texas and Georgia.

Although it isn’t a perfect science, On3Sports’ recruiting prediction machine has three teams in the mix. Alabama’s chances, though, are fading fast.

Alabama's chances to land Five-Star Plus+ QB Arch Manning are fading away according to the On3 Recruiting Prediction Machine. Texas and Georgia are still leading the way…

It’s not just the RPM that seems to think that the Longhorns and Bulldogs are the last two programs standing. On3 insider Chad Simmons also believes that the Crimson Tide is no longer in the mix the way that there were even a few months ago.

In a recent update, Simmons had the following to say about Manning’s recruitment:

“When talking to different sources close to this recruitment, I have started to hear more about Georgia and Texas. Alabama is still Alabama — and Nick Saban, Bill O’Brien and Pete Golding have all been involved. But there has been a little more chatter around the Bulldogs and Longhorns in recent weeks.”

The fact that Texas and Georgia are trading blows to try and sign Manning is no surprise. That has been the case for some time and those who have kept up with the grandson of the first family of football and his process saw the writing on the wall back last summer.

According to Simmons, Arch Manning likes Texas and Georgia for different reasons.

As for Georgia, he loves the staff and loves the town.

“One source told me, the Mannings view Kirby Smart as a personable head coach. Georgia offensive coordinator Todd Monken and offensive quality control staffer Buster Faulkner have build a good relationship with Manning through the process. The city of Athens is view as a fantastic college town by Manning as well.”

As for Texas, he likes the idea of playing under Steve Sarkisian and helping to bring Texas back.

“One intriguing aspect surrounding Texas for Manning is the possibility of building a blue-blood program back to the top of college football. Texas head coach Steve Sarkisian also being the offensive coordinator Arch would work with is also viewed as a positive.”

With all of that being said, there is a lot of time left for Manning to make a decision. Things could change drastically between now and February 1, 2023— National Signing Day.

Alabama could get back in the mix if it does not push forward with four-star Class of 2023 quarterback Eli Holstein. Florida is still a factor and Manning may decide to visit the Swamp. There are a lot of possibilities and outcomes, but the understanding is that either Texas or Georgia will land Manning.

I think we are starting to see some signs that it is a two-team race between Texas and UGA for Arch. I don't make RPM predictions, but I've I did, I would pick UGA. https://t.co/uWxqr74ph8

Multiple sources believe that Manning wants to come to a decision before his senior season, but that timeframe for a commitment is not set in stone. Stay tuned.