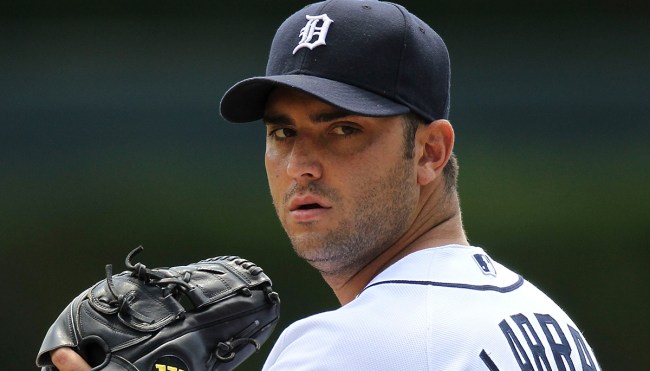 There is nothing—and I mean nothing—baseball purists love more than praising the almighty “human element” they view as an essential aspect of just one of the many sports that have been forced to weather the slew of hurricanes of outrage and controversy that have formed in the wake of a blown call.

Major League Baseball has gradually allowed technology to creep into a game where umpires have long served as the ultimate and only authority. It may not have solved every issue, but the league has reduced the number of headaches it had to deal with before embracing instant replay—including the crippling migraine stemming from what may be the most egregious and inexcusable ruling in baseball history.

On June 6, 2010, Detroit Tigers pitcher Armando Galarraga found himself one out away from becoming the 19th MLB player to record a perfect game. It appeared he’d done exactly that after Jason Donald hit a ground ball toward the right side of the infield, which Miguel Cabrera scooped up and tossed to the man who won the race to first base and officially cemented his spot in baseball history by stepping on the bag.

Umpire Jim Joyce saw things differently, as he issued an emphatic “Safe!” call despite replays that clearly showed Donald was a full stride away from the base when Galarraga recorded what should’ve been the final out of the game.

Joyce immediately issued an apology after acknowledging he screwed up, and the two of them shared an emotional moment when Galarraga made it clear he held no ill will against the ump when he handed him the lineup card ahead of the following contest.

While most people agree Galarraga deserved to be credited with a perfect game, it officially went into the record books as a one-hit shutout (which remains the case to this day). However, a group of students in a Law and Society class at Monmouth University decided to do what they could to change that earlier this year after mounting a campaign in the hopes of convincing Rob Manfred and the MLB to officially recognize the feat.

The project led to the creation of an 80-page report they sent to the league’s office. Unfortunately, they were unsuccessful in their quest, but they did receive a response from Manfred in the form of the letter that Galarraga (who previously argued his case after the league embraced replay) posted on Instagram where he thanked the class for going to bat for him.

Now, it’s pretty easy to understand Manfred’s rationale here. At the same time, it’s also baffling that a commissioner who desperately needs any iota of good publicity he can get would decline to slam home this absolute gift of an alley-oop.

Here’s to hoping the league will eventually do the right thing.