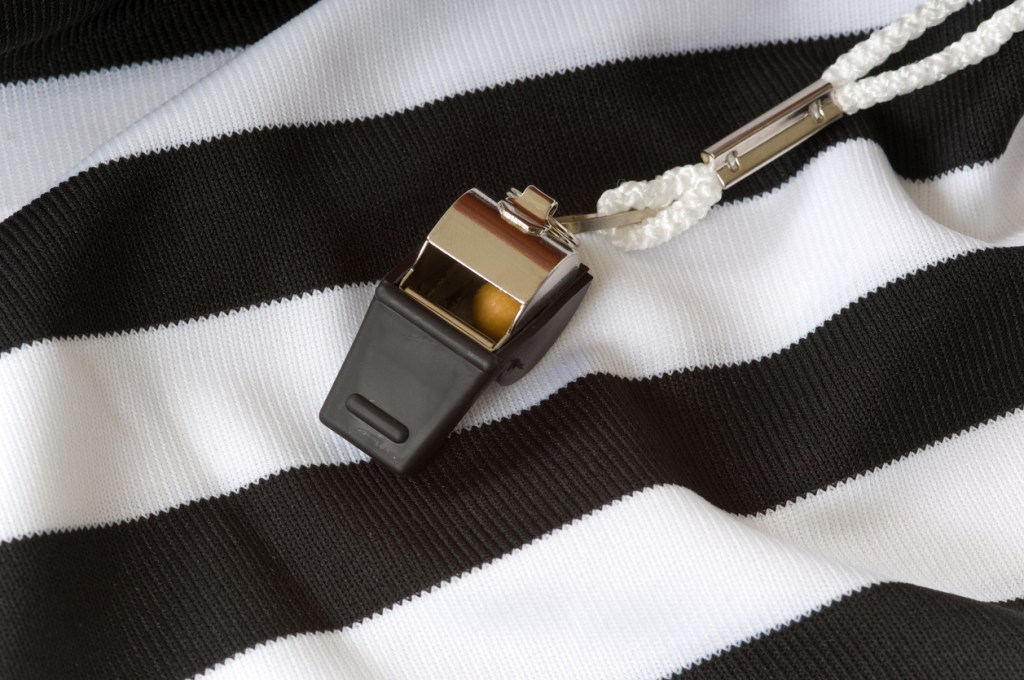 I won’t lie, there are a lot of things in life that bring a tear to my eyes. I get choked up easily and that’s just a part of who I am. Army dads surprising their families after returning from a long overseas deployment is something that gets me every. single. time.

9th grader Fred Grooms was surrounded by referees and his co-captains just before kickoff in Helena, Alabama (about 20 miles from Birmingham). As the refs were going over the rules with the captains one of them asked the players to go around and remember the faces of the officials.

That’s when Fred’s dad who has been deployed with the Army for over a year pulled down his protective face mask and surprised his son before the game. And that’s precisely when it felt like someone started dicing up onions in this room and my eyes got a little misty.

For what it’s worth, the Helena HS Football Team (varsity) is pretty darn good this year. They are 9-0 on the season, 6-0 in their division (1st in 6a Region 3), and they are currently the #22 ranked HS football team in the state of Alabama.

Fred Grooms who was surprised by his dad is a 6’2″ freshman (165lbs) who currently plays DB and WR. His dad pulled off that surprise flawlessly thanks to the face mask.

In Fred’s defense, he 100% did NOT expect his father who’d been deployed with the Army for a year to be standing there dressed as a referee. Our brains process information based on expectations. If our brains expect to something to happen we’re alert to that. If there’s no reason to suspect something, we’re not on guard. Still though, I’m not sure I would’ve been fooled if my dad was standing there like that.

And because I said that these military homecoming videos get me every single time YOU KNOW I had to include a few more for anyone out there who wants to feel a little happier today. There’s a 100% chance of misty eyes after watching this compilation.