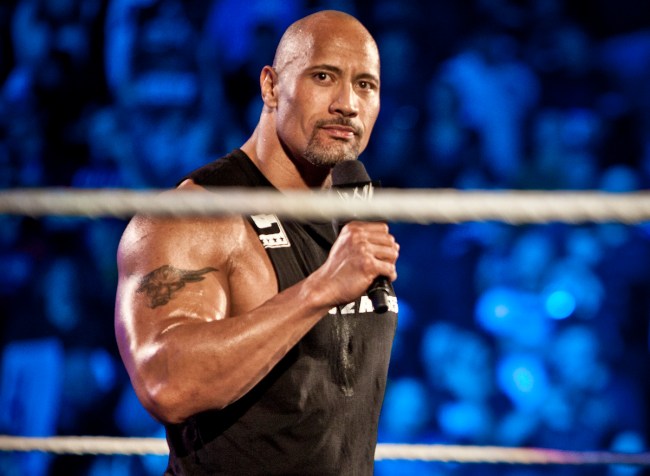 During his time in the wrestling business, Arn Anderson has met, wrestled, and rubbed elbows with some greats but the WWE Hall of Famer said many of those experiences pale in comparison to meeting The Rock for the first time.

On a recent episode of ARN, the former Four Horsemen member and current AEW coach discussed a chance meeting with The Rock at an airport before he ever joined the WWE as a producer.

“Before WCW was bought, The Rock had already flamed up. I mean he was red hot, but it was before the company had been bought. I was walking through the Pittsburgh airport early one morning. We had done a show there the night before, and it was empty,” explained Anderson.

Anderson went on to explain how The Rock just appeared out of nowhere and floored the wrestling legend with how he carried himself.

“I found a place there, and I bellied up to the bar and was placing an order, and there was nobody around.

All of a sudden I hear, “Enforcer!” I turn around and it’s Rock. I’d never met Rock.

He said, ‘Have you got just a moment?’ I said, ‘Yeah.’ He goes, ‘I just wanna thank you for everything you’ve contributed to the business, all your hard work and dedication and all the things you mean to the industry,’ and just a plethora of nice things.

Shook my hand, gave me a hug, and turned and took off.

Now, I’d never met this guy. How he recognized me with my back turned – you know a lot of guys have got bald spots – but it’s just one of those things where I could count on one hand how many times I’ve been treated that respectfully.

That was one of them, and it just floored me. He didn’t have to do that. He could have just kept walking, and we would have never even made eye contact.

But that’s kind of the guy he is. He’s just a classy, respectful, talented guy that I for one am tickled to death for all his success.

Anderson went on to put The Rock on his list of the “Mount Rushmore” of wrestling promo guys and said all his success “couldn’t happen to a nicer guy and a bigger professional.”